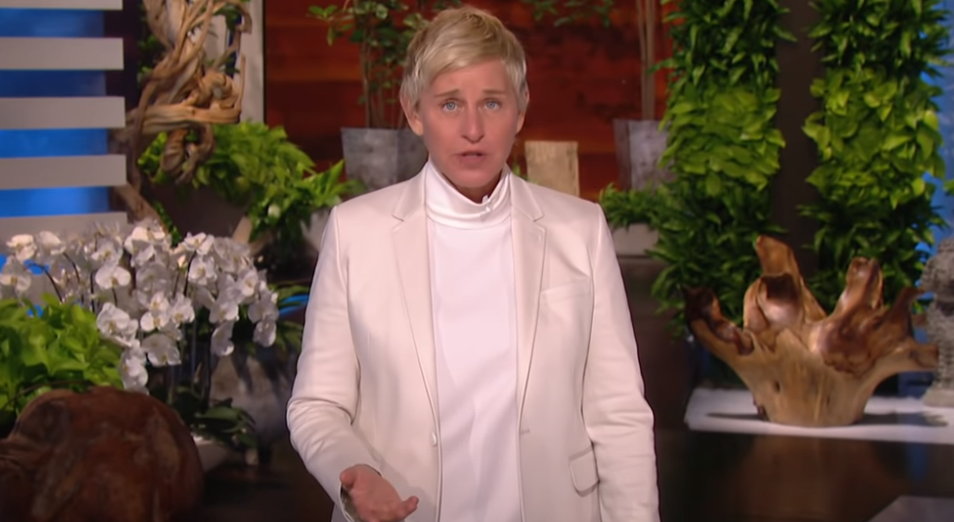 Ellen kicked off Season 18 of her show Monday on a serious note, addressing the allegations of her set being a toxic work environment where some staffers aren’t allowed to look Ellen in the eye, let alone talk to her.

Ellen began to defend herself by saying being known as the “be kind” lady is a tricky position to be in because she, everyone else, has her good and bad days.

Is it that tricky Ellen? Tom Hanks is known as one of the ‘nicest guys in Hollywood’ and you never hear him complaining how tough it is to live up to the name. Same thing goes for Barack Obama. And you know why? ‘ Cause they’re just nice to people, it’s in their nature!

I get it, some days we aren’t in the mood to talk to coworkers, but the fact a full investigation is being done into the show proves, at least for myself, that this is about a lot more than a “cranky” boss.   These are serious bullying allegations, so serious that three top producers have already quit.

I found the entire seven minute monologue extremely egotistical. Not once did Ellen personally own up to her mistakes, instead saying “I learned things happened here that never should’ve happened. I take that very seriously and I want to say I am very sorry to the people who are affected. I know that I’m in a position of privilege and power and I realize with that comes responsibility, and I take responsibility for what happens at my show.”

The whole apology reminded me what a skeezy boyfriend would say during a fight “I’m sorry if what I did I made you feel upset.” Yes, but what ARE those things? I want to hear you say them and personally apologize from your heart for what YOU did!

The whole thing has made me think differently of Ellen. Her show that’s supposed to be all about kindness just doesn’t feel authentic anymore and I hate to say I’m less likely to watch now.

Are you still able to watch it?! Weigh in on Facebook @Pulse1077!