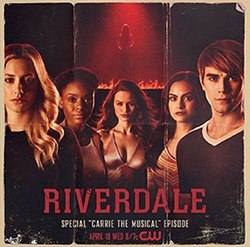 By Vanessa YbarraJanuary 9, 2020News
No Comments

If you think you’re seeing more and more camera crews around town, no, you aren’t losing it.

Surrey has quickly become the ‘go to’ location for filmmakers and has the numbers to prove it.

“The City of Surrey is such a large municipality, we have a lot to offer in terms of locations,” said James Monk, Filming Manager with the City of Surrey. “We work with every production very closely to understand their script to find exactly the location they’re looking for. Unlike other municipalities, we offer a customer service approach.”

Monk says the bulk of productions are television series, no doubt thanks to the ever-rising popularity of Netflix, Amazon Prime Video, and Apple TV.

RiverDale, the Good Doctor, The Man in the High Castle, A Million Little Things, and the Sonic the Hedgehog  movie set to be released next month are among the top productions filmed in Surrey in 2019.

Last year crews from The Good Doctor converted a portion of Surrey City Hall  to look like a full-blown hospital where they continue to film scenes this year too.

And a scene from Sonic the Hedgehog (starring Jim Carrey!!) was also filmed on a soccer field at Joe Brown Park in Newton  (see the 0:40 mark in the trailer to spot the park!)

Skyscraper starring ‘The Rock’ also shot some scenes at Surrey City Hall in 2018 which was definitely the biggest movie production and movie star to come to South of the Fraser that year.

If you’re like me and love snooping and stalking movie sets around town, have I got a big name for you!

The ten-episode drama series ‘The Stand’ starring Whoopi Goldberg is currently filming in Surrey until March! No word if Ms. Goldberg is a actually in town herself, but still, pretty sweet!

“Every week a new script is coming out, so we’re working with them to find a location that matches up with their script. That can be certain roads, parks, abandoned warehouses, so we’ll work with them closely.”

Monk wasn’t able to say where they are actually filming for privacy reasons.

The Chilling Adventures of Sabrina has also taken over two vacant storefronts in Cloverdale along 176th where they’ll be shooting for the next little while.  If you’re a big Mad Men fan like I am, it would be pretty cool to catch a glimpse of 20 year old Kiernan Shipka who plays Sabrina and also played Sally in Mad Men.

As for how much moola the movie industry is injecting into the city?

In 2018 the city recorded $3.4 billion dollars in which the film industry helped employ over 5,000 Surrey residents!!!