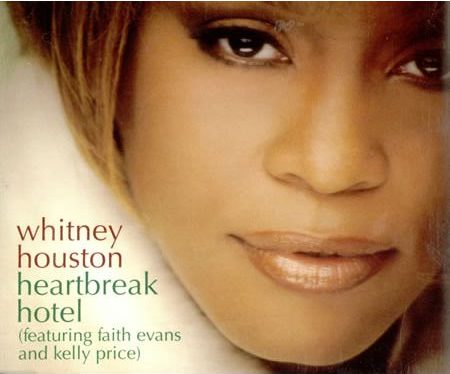 By The WebmasterJune 5, 2018News
No Comments

My Flashback 90’s song today was by Whitney Houston for her 1998 album. “Heartbreak Hotel” prominently features R&B singers Faith Evans and Kelly Price during the choruses and bridge. The song reached #2 on the US Billboard Hot 100 and peaked at #1 on Billboard’s Hot R&B/Hip-Hop Songs but only made it to #12 here in Canada.

The song received two nominations at the 2000 Grammy Awards for Best R&B Song and Best R&B Performance by a Group or Duo. The video was nominated for Best R&B Video at the 1999 MTV Video Music Awards.