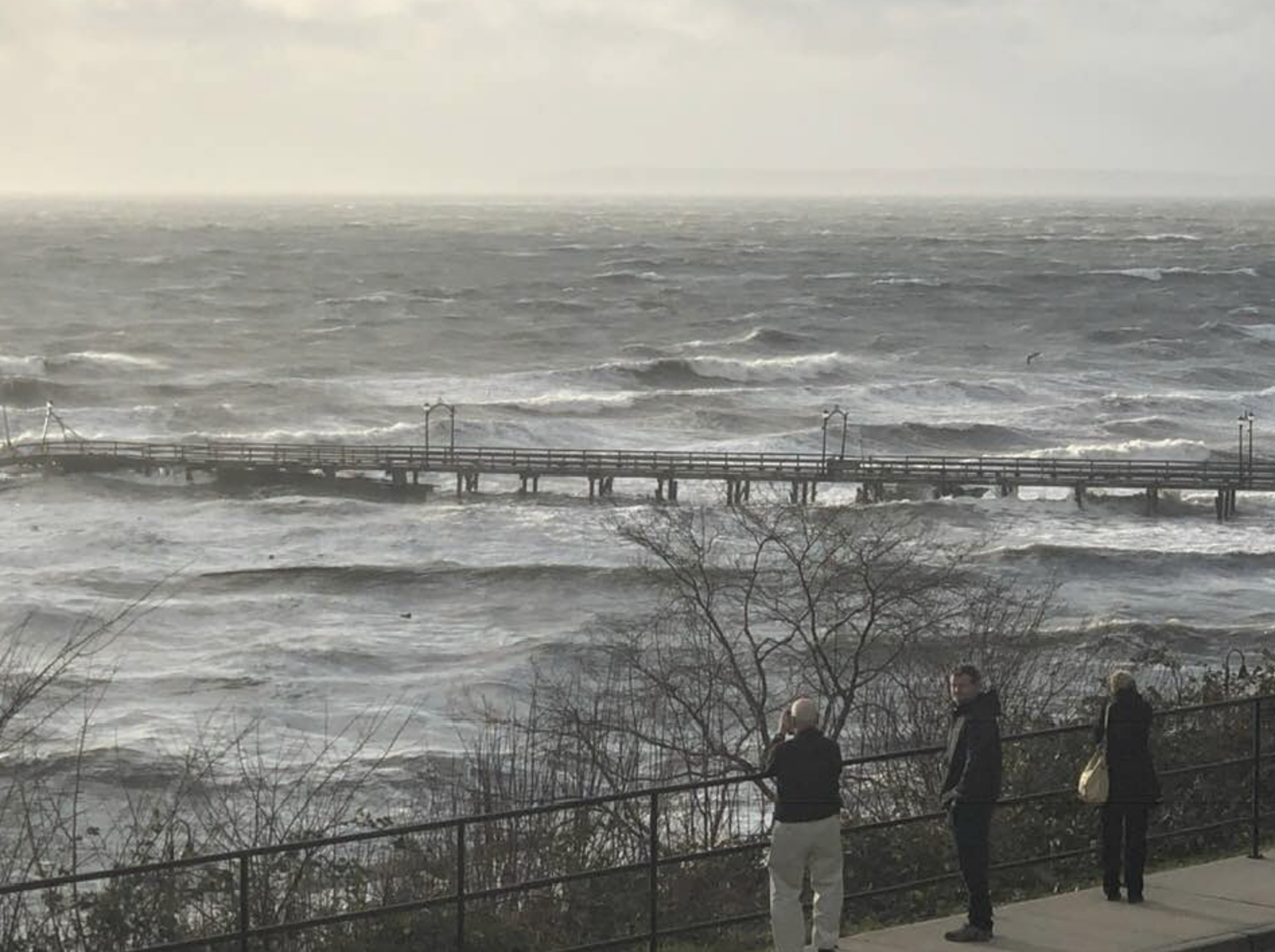 By Vanessa YbarraMay 2, 2019News
No Comments

On Thursday, White Rock’s community-based Friends of the Pier Fundraising Committee unveiled plans to help the City of White Rock fund the replacement of the iconic White Rock pier over the next two years. Committee chair Bob Bezubiak of TD Bank said the community committee will help the city fund the rebuilding project’s shortfall, expected to be about $2 million.

“The estimated cost of rebuilding and replacing the 104-year-old pier is about $16.2 million, but even with insurance, potential contributions from other levels of government, and dipping into the city’s reserves, there is an estimated shortfall of about $2 million,” explained Bezubiak at today’s waterfront press conference. “One option would be for the City of White Rock to borrow the money, but we believe a better option is for all of us who are friends of the pier, and every generation that has enjoyed the pier over the years, to lend a hand and help out as a community.”

White Rock Pier Breaks In Half

The volunteer committee is coordinating a variety of fundraising activities and will accept donations through Semiahmoo Rotary which can issue charitable tax receipts.

Members of the committee come from a variety of sectors and organizations, including the South Surrey and White Rock Chamber of Commerce, Semiahmoo Rotary, White Rock Business Improvement Association and White Rock Museum.

“The pier will be rebuilt to today’s engineering design standards using concrete and steel with a wooden deck that will retain the historic feel of the original pier,” explained Mayor Darryl Walker. “When the pier was damaged on December 20 last year by a hurricane force storm it was clear that we could not just patch or repair the existing wooden structure. Instead, we need to completely rebuild it to modern engineering and seismic standards, but it will still have the look and feel that every generation of visitors and residents have come to love.”

In addition, individual donations of any amount can be made directly at www.friendsofthepier.com which also includes details of community fundraising events.

“Every single dollar we raise will go directly to rebuilding the pier,” added Bezubiak. “Our volunteer committee and Rotary have made sure that any administrative or overhead costs are completely covered, so we can target every dollar of every donation right to the new pier.”

Bezubiak encouraged businesses, organizations and individuals in White Rock and South Surrey to help out, including sending in their own fundraising ideas and suggestions.

“This is a real chance for all of us to pay it forward for every stroll and every picture ever taken on the pier,” said Bezubiak. “We have a lot of work to do, but there’s tremendous community support and people want to pitch in and make a difference. Just imagine being able to tell your kids and grandkids that you helped rebuild the new pier. This is all about community and what we can do together for our city and generations to come.”

Mayor Walker congratulated the fundraising committee for stepping up and involving the entire community. “Everyone was devastated by the storm damage, but we’re all committed to making the pier better than ever,” said Walker. “Our community and region are famous for working together to help out, and I want to thank the Friends of the Pier and all those who will step up and help us rebuild our pier over the next couple of years. It’s a chance for all of us to work together as we rebuild the pier, something that means so much to all of us.”