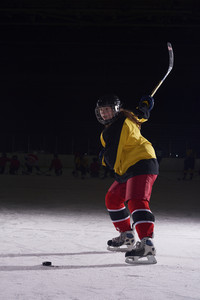 Get Out There Have Fun?

The title of this blog is in the form of question I asked myself after watching some hockey on Boxing Day. I watched portions of a few games of the 2019 World Junior Championships. Watched all of Canada’s first game against that hockey powerhouse nation of Denmark. (That’s being very sarcastic) By the time 60 minutes of regulation had ended, Denmark had a total of 14 shots on goal. Canada had 14 goals.

Is Canada that good or is Denmark that bad? The answer could be, ‘both’. The Danes were humiliated in front of a very large Canadian crowd at Roger’s Arena.

What I couldn’t believe was that young men have been brainwashed into believing that embarrassing another team is an okay thing to do.

The World Juniors are clearly now just a try-out. Players are there to impress scouts of NHL franchises and if they stomp on their opponent hopefully it will get them drafted high in the yearly draft.

Who cares who we hurt or embarrass to get there? Who cares about a nation trying to play hockey and compete.

Let’s be honest with ourselves here, with the exception of Canada, nobody cares about the world junior hockey championships. They almost never have them in Europe anymore because fans are sick of watching Canada win another championship.  And if you think that that game last night helped sell that sport in other countries. Nope. And it made us look like we don’t play fair, care or have any sense of sportsmanship at all. And that’s the way Hockey Canada wants it.

Get out there and have fun?

But don’t forget to embarrass your competition in the meantime.