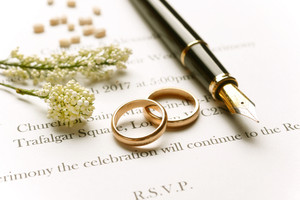 Did you even have any idea that there is a fb page out there that caters to people who want to shame weddings? Apparently there is. And recently someone posted the story of a bride to be who took to fb after her dream wedding was ruined by her friends and family. How you ask? The couple had saved $15,000 towards the wedding. When they crunched the numbers, they realized they needed $60,000. Rather than budget they came up with another plan. They asked those who were invited to their special day to fork over $1,500 EACH to fund their dream wedding. The bride made it clear that if you didn’t fork over the cash, you weren’t allowed to come. In total 8 people RSVP’d and their gofundme page raised a whole $250. The maid of honour backed out after she was asked by the bride to pay $5,000 for the honour of being the honour. The groom to be suggested they go to Vegas to get married. According to the bride she, ‘laughed in his face.’ The couple cancelled the whole thing and they have gone their separate ways. If you think I’m making this all up go to  cosmopolitan.com. The story, and even the woman’s rant on fb is all their in all its ridiculous glory. GoFundYourself.