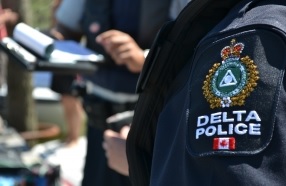 There’s an increased police presence in Tsawwassen this week around the 55 hundred block of 18th Avenue.

That’s because there were gun shots fired in the area last Wednesday (Sept 11 2019) just before midnight.

There were no reported injuries, but one vehicle was hit.

Delta Police say its not believed to be gang related, but instead the result of an ongoing dispute between parties known to each other.

The suspect(s) fled the scene prior to police getting there, and unfortunately have not yet been located.