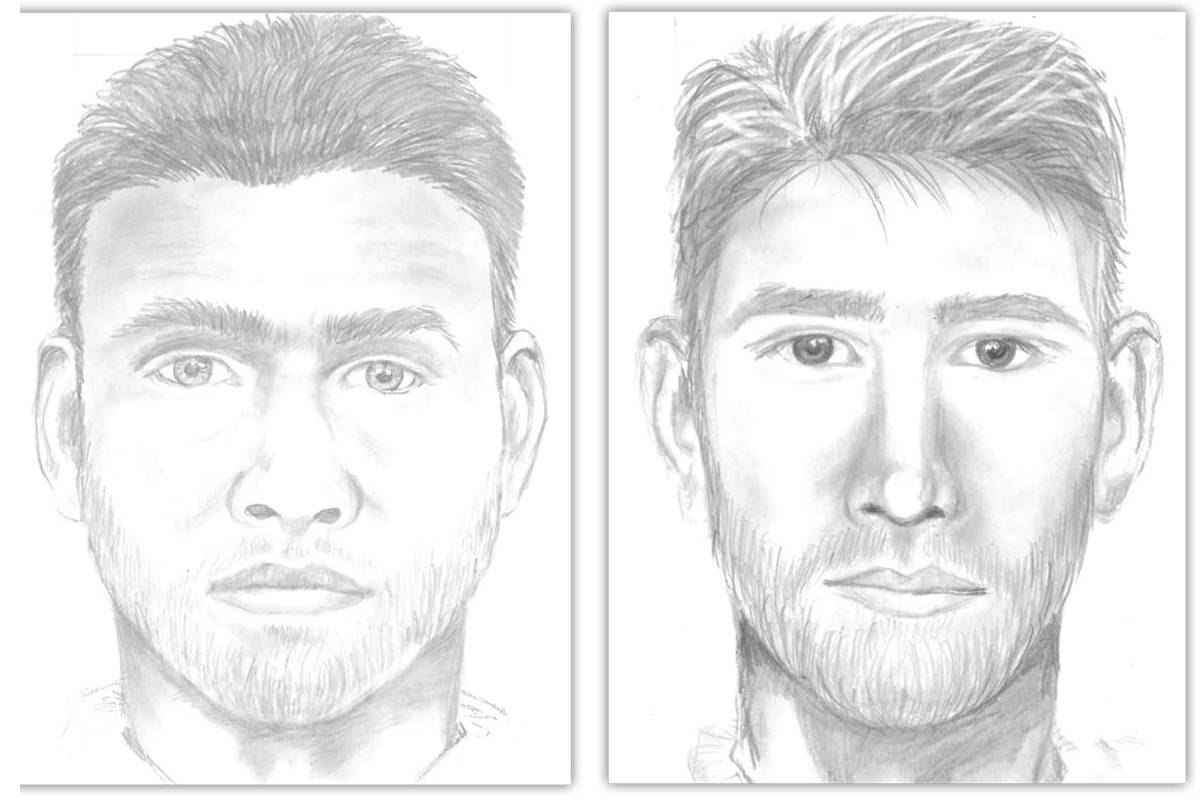 Have you seen this man?

Police are looking for this man. The sketches are of the same suspect based on two separate witness statements.

RCMP released the information Tuesday (July 23) and are asking for public assistance in identifying the man.

The call for witnesses comes from an incident that took place two weeks ago.

On July 9, at about noon, Surrey RCMP responded to the report of a sexual assault in Newton Athletic Park, near 73 Avenue and 128 Street.

A woman had been walking through the park when she was grabbed from behind by a stranger.

She was able to break free from his hold, and the suspect ran from the area.

Despite deploying the RCMP canine unit, Mounties were unable to locate him.

Investigators are seeking public assistance to identify the suspect, and are providing two composite sketches. The sketches are of the same suspect based on two separate witness statements.

The suspect is described as a South Asian male, in his mid-20’s, approximately 5’8″, with dark facial hair, wearing a red t-shirt, black shorts, black Jordan slippers, and black socks.

Anyone with further information which can assist this investigation is asked to contact the Surrey RCMP at 604-599-0502 or, if they wish to remain anonymous, contact Crime Stoppers at 1-800-222-TIPS or go to www.solvecrime.ca.