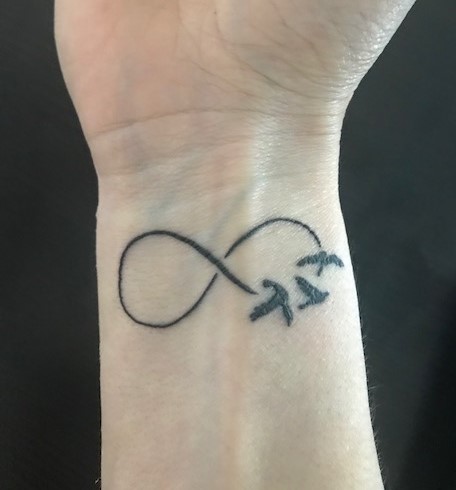 I finally got it.

By The WebmasterJuly 24, 2018News
No Comments

I lost my dad three years ago, and I miss him so much still to this day. I was a daddies girl and I was very close with him even till the end. My dad was diagnosed with ALS (Amyotrophic Lateral Sclerosis) in 2015 in February. The neurologist told us that he had between 2 and 5 years till he would eventually die from the disease. It is a really awful disease that takes your muscles from you until you can’t move or talk.

There is no known cure, it is a death sentence. I was devastated and tried to come to the reality that I was eventually going to lose my dad. I thought I had at least a couple years since that is what they told us between 2 and 5 years.  I thought I would have time to do research and get him into a study and hopefully by then there would be a cure.

I was naive in this thinking but I wanted to do the best I could. Three months later my dad passed away in May. I didn’t have 2 to 5 years left with my dad, I had only months. I did spend as much time as I could with him in those months but it still wasn’t good enough, to me it wasn’t.

People would say it gets easier Leah as time goes on and that it is partly true. I wouldn’t say it gets easier, I say that you just learn to live with it. I miss him just as much today as I did when we first lost him. I am still very sad most days but I try and think about what he would say…he would tell me to live my life and to not waste time on sadness and to experience the joy that life still has to give.

When he died back in 2015 I thought about getting a tattoo on my wrist in honour of him so I could touch it and have it remind me of him. I looked for years at designs and thought about it and contemplated. Well this last month I finally found the design that I wanted and the other day I decided it’s been too long and I need to get it done. So on Sunday I went and got it done and I love it, it is my first tattoo by the way.

It does bring me joy and it does bring me sadness but I know when I look at it, I think of him. It is an infinity symbol with birds flying in the infinity, which to me means that love is never ending and he is finally out of pain and flying free.

I hope that if you have lost someone close to you, that you still find the beauty in life. No matter how sad you are there is and always will be a connection, that never ends.