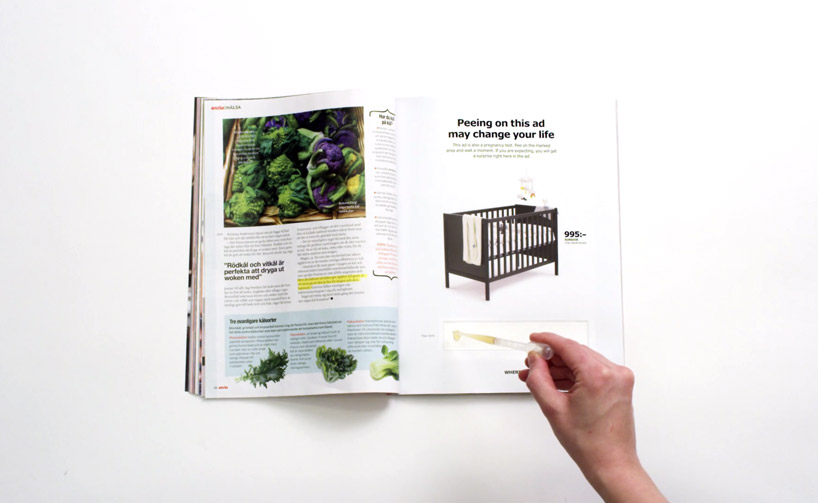 Sweden?
Meatballs?
How about, ‘Pregnancy Test?’
IKEA has an ad in one of Sweden’s biggest Woman’s magazine. Apparently you can also use the ad…to tell you if you’re pregnant of not.
How bizarre does this sound?
The IKEA ad is selling a baby crib for roughly $130 Canadian. But, if you…pee on the paper it’s printed on and it shows you are pregnant, the price actually drops by 50% right before your eyes.
The PR company out of Stockhom that came up with the idea say it is NOT a joke or a gag and if you pee on the ad, you can confirm whether or not you are pregnant.
Talk about a baby shower.
Neil
@neiltalks
Share Tweet Share Pin