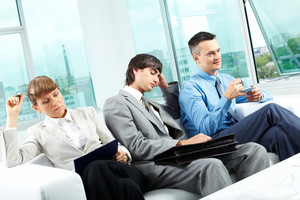 Yesterday’s Pulse Poll on our twitter feed (@pulse1077) asked the question, ‘What would your ideal work week be?’ Overwhelming, 83% said they would like to see longer hours, but a shorter work week. 13% said the way it is now is just fine. An informal poll yes, but clearly people want a change from the traditional 9-5. Before we move forward let’s go back. Just where did the traditional 9-5 workday come from? For that answer we have to go all the way back to the year 1810. Yes, 1810. That’s when the concept was originally thought up. It wasn’t until 1938 when the United States considered it, ‘legal standard’. Presumably that’s when 9-5 became the norm. Not sure about Canada but let’s assume it was around the same time. That said, it’s 2018 – does it make any sense to continue with a 9-5 workday? Perhaps you can remember back to when everything was closed on Sundays except churches. We were a far more christian based society then. We are not anymore so Sundays changed and stores were allowed to be open. So what about the traditional 9-5? The Pulse Poll yesterday showed that 83% of you want a new system. And that system could be one of two things: The first plan could be a 10 hour work-day for 4 days a week and three days off. The other possible system that gets brought up once in awhile is the system of staggered work hours. Most factories already do it. First responders and those in the health care use that system too. Wouldn’t we be much more productive if everyone had different shift times? Think about it – no traffic jams, less stress, more family time. In 2018, it just makes sense. It’s time to step away from 1938 and into 2018. The sooner, the better.