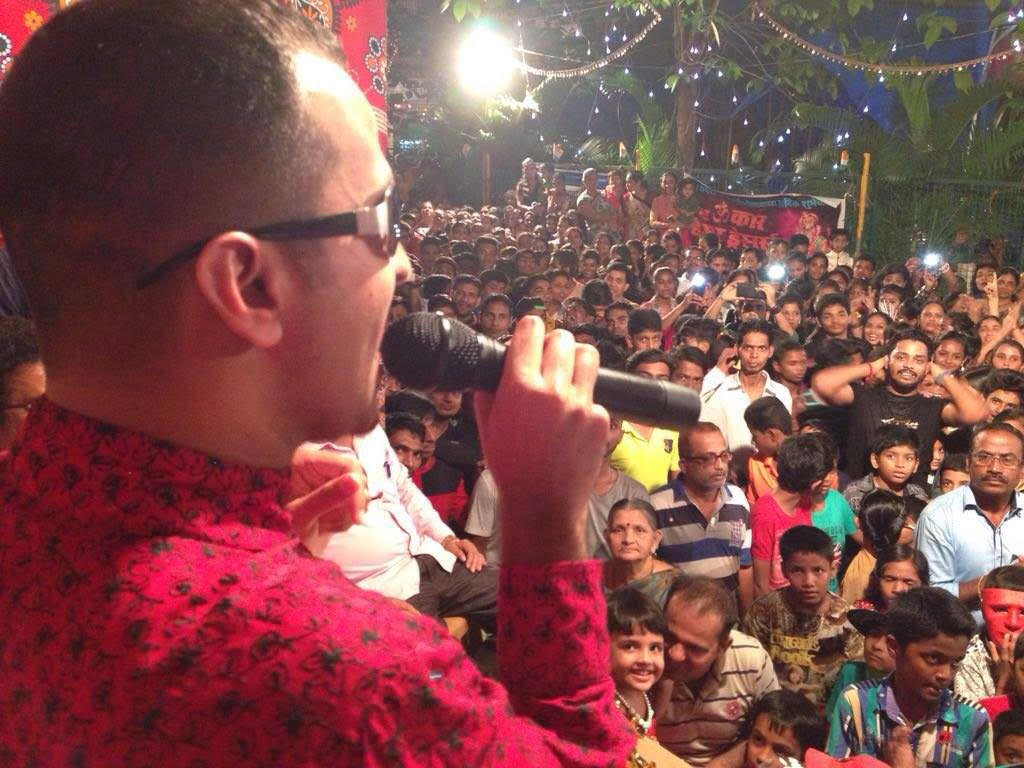 From the outside, 24 year old global singer Jugpreet Singh Bajwa has experienced the highest highs and the lowest lows.

Diagnosed with eye cancer at the incredibly young age of six months old, he had to have both eyes removed before he took his first step.

“When I was in hospital it was a late stage of the cancer,” says Bajwa. ” They didn’t know if I was going to survive. All I remember is the tremendous support from my family and friends.”

The soft-spoken Delta native didn’t let the darkness stop him. Instead he chose to see the world through music.

“Music is such a universal language within itself where you can travel the world just through the different music you hear.”

The versatile, smooth-as-butter singer was born in a family that lived and breathed music. When his Dad wasn’t selling homes as a realtor, he was writing songs, his mom also having a forever sway in her step, and belting out tunes at home and family parties.

In no time, Bajwa began to show the same innate love for music. Only this, was different.

Jugpreet was just a toddler when his foot rose up to the rhythms. Eventually his family found that he was not a normal kid who would just eat and go to sleep in his bed. “He used to listen to the music and sleep near the speakers,” says his Dad.

At the age of six his Mom and Dad enrolled him into formal training of Indian classical music at the age of six, and as they say, the rest is history.

Bajwa took to the stage for the first time at a Canada Day festival in Squamish that same year, quickly realizing his “condition” provided a unique opportunity to connect with audiences on a deeper level.

“Being a performer, it’s about having self confidence with yourself and interacting with the audience. When you’re visually impaired it’s really important to ask them things like ‘how are you doing’? or stop in the middle and tell a joke, or tell them a story. You have to rely a lot more on your personality to forge a connection.’

The smooth, melodic crooner whose voice would make even Usher jealous has since gone on to do more than 500 public performances around the world, his main message in songs about spreading positivity, love and joy.

Growing up South of the Fraser and travelling the globe performing quickly bred an insatiable curiosity of culture and languages, Bajwa able to belt out his songs in more than ten different language, his style of music as varied as his dialects doing everything from Bhangra, folk, R&B, Western classical, Indian classical, rock and more

“Growing up in a very multicultural society, you get to hear different dialects and stuff, it’s fun to learn.”

On top of winning a number of National and International awards, Bajwa was also awarded the Queen Elizabeth II Diamond Jubilee Medal in 2013 by the Governor General of Canada.

However his biggest accomplishment by far was placing third in the grand finale of Sa Re Ga Ma Pa singing competition in Mumbai India in 2016, beating out 120,000 competitors.

His constant smile and aura of positivity won the hearts of people across the globe, getting a standing ovation from judges during auditions and actually got the most standing ovations in the whole competition.

Even better than that? Meeting Salman Khan, the biggest Bollywood star currently in India.

“I was rehearsing and he just popped in. There were like twenty bodyguards and she he just showed up. I was like ‘This is a joke right? This is amazing.’ To get someone’s encouragement and for them to say “I’m your biggest fan, when they’re the biggest star in the country, it doesn’t get better than that. .”

Recalling his four months journey from auditions to the Grand finale, he says, “Each and every minute spent there was a learning experience. I learnt so much about playback dynamics, pronunciations of the lyrics and performance under pressure. Though I was in Sajid-Wajid team, we used to learn from every mentor. I went through rigorous training under Pandit Bhavdeep Jaipurwale Ji, the leader of our group. He is perhaps one of the best in India.”

Bajwa has already released three music albums ‘Juggy de Nakhare’, ‘Gurbani Shabad Kirtan’ and ‘Dil Vich’ and has a number of performances lined up in California this summer.

His message since day one remaining the same.

“No matter who you are. No matter if you’re blind, in a wheelchair, or you have some sort of disability, no matter where you are in that, you can do anything you put your mind to.’