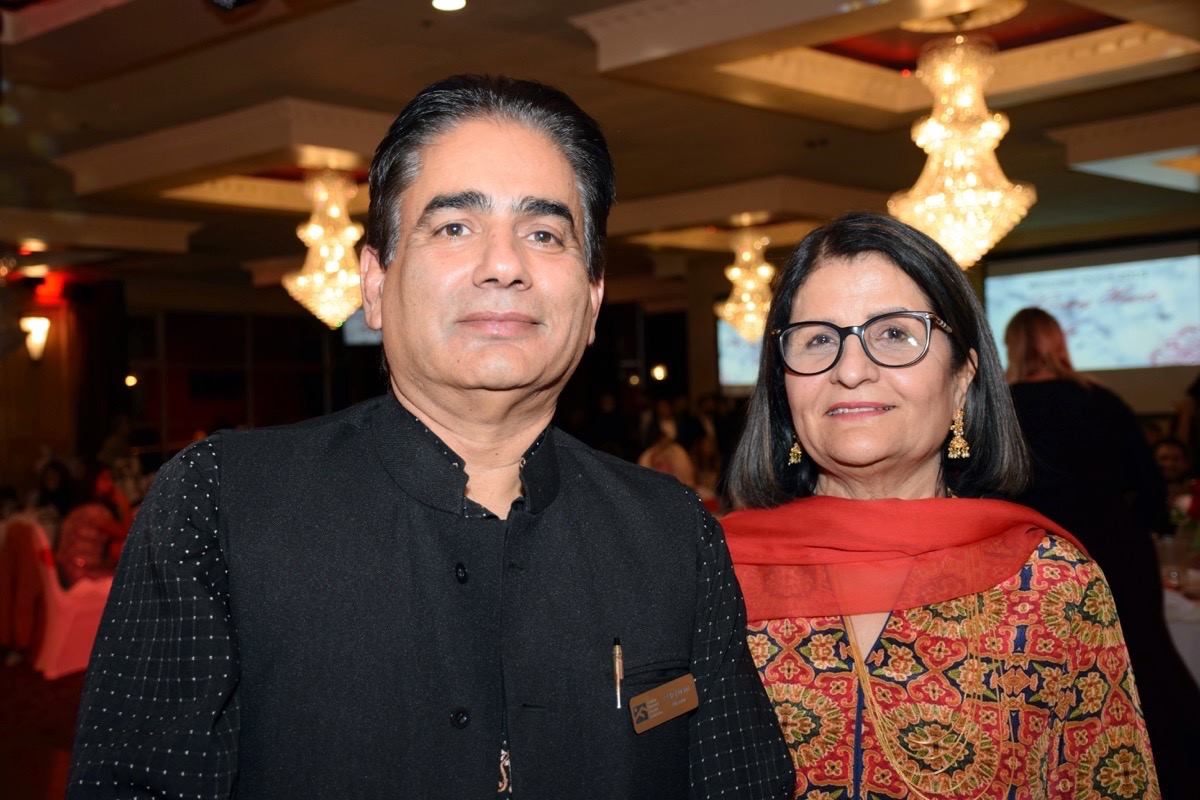 $200,000 Raised for the Langley Memorial Hospital at the Giving Hearts Gala

A brand new emergency room department at Langley Memorial Hospital is one step closer to being built thanks to an overwhelmingly successful ‘Giving Hearts Gala’ held on February 9th, 2019.

Pulse FM personality Tara Lopez and Operations Manager Jas Gill hosted the first-ever South-Asian themed gala at the Mirage Banquet Hall in Cloverdale where more than $200,000 was raised to go towards the hospital.

A large portion of the donation came from Langley Memorial Hospital Foundation board member and event co-chair Manjit Gill and her husband Darcy Gill who, in a complete surprise, matched the night’s total – donating $100,000. The event itself was created by Board Members Balraj Mann and Manjit Gill.

“During a family member’s medical emergency, I witnessed first-hand the extraordinary high-level of care and compassion provided at Langley Memorial Hospital,” says Mann.

“Despite the amazing care we received, it was obvious that hospital’s facilities are outdated and outgrown. “When I learned about the Emergency Response campaign, I knew I had to do something with my community to contribute. Manjit and I decided a fun and interactive event would be a good way for our community to take part in the campaign while also celebrating a special year for our faith community. 2019 marks the 550th birthday of Guru Nanak Dev – the first Sikh Guru and the founder of the faith – and so with that inspiration, the Giving Hearts gala was born.”

Other highlights of the night included a Bollywood-style dance performance by Chandni’s House of Dance  and an upbeat Bhangra performance by the VanCity Dance team as well a keynote address from Dr. Navjot Sandhu, an emergency department physician at Langley Memorial Hospital.

The crowd also gave their wallets a good work out bidding on raffle prizes ranging from eclectic jewellery, travel and wine packages and – dinner with

After an overwhelmingly successful event the Langley Memorial Hospital Foundation is hopeful it’s the first of many South-Asian partnerships.

The new Langley Memorial Emergency department is expected to be three times its current size and equipped with the latest technically-advanced medical equipment to handle Langley’s growing population. The price tag for completing the Emergency Response fundraising campaign is $15-million and 80% of this goal has already been reached.

The new MRI Suite will perform 7,500 exams within its first 12 months of operation and improve access to this urgent medical care for city residents and neighbouring communities.

Then new facility is hoped to be built late 2020, but you can still aid with the updates and improvements by donating at anytime by clicking here.

As Balraj Mann’ son, Milan said in his speech to ask yourselves two questions before donating, “If not now, then when? If not you then who?”