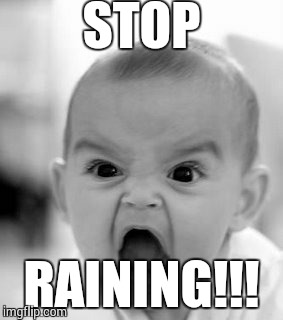 Living in the eastern part of our country for my first 36 years, I never really paid attention to the weather all that much. It was easy. Snow and brutal cold from January until March, March and April slush, sleet and rain, May flowers with cold mornings and comfortable days, June until August hot temperatures and stifling humidity, (which I don’t miss AT ALL) September and October comfortable days and cold nights, November and December brutally cold temperatures and major windchill. Being honest with you, what is with all the freaking rain!?!? That said, did it seem like we got a lot of rain last month? Perhaps more than the average? Yes to both. January normally sees about 168 mm of rain fall at YVR. This past January 249 mm fell making this past month the 4th wettest on record. They’ve been recording monthly precipitation since 1937. And in case you forgot, it rained everyday from January 16th on at YVR. Good news though, no show and ice like last January!