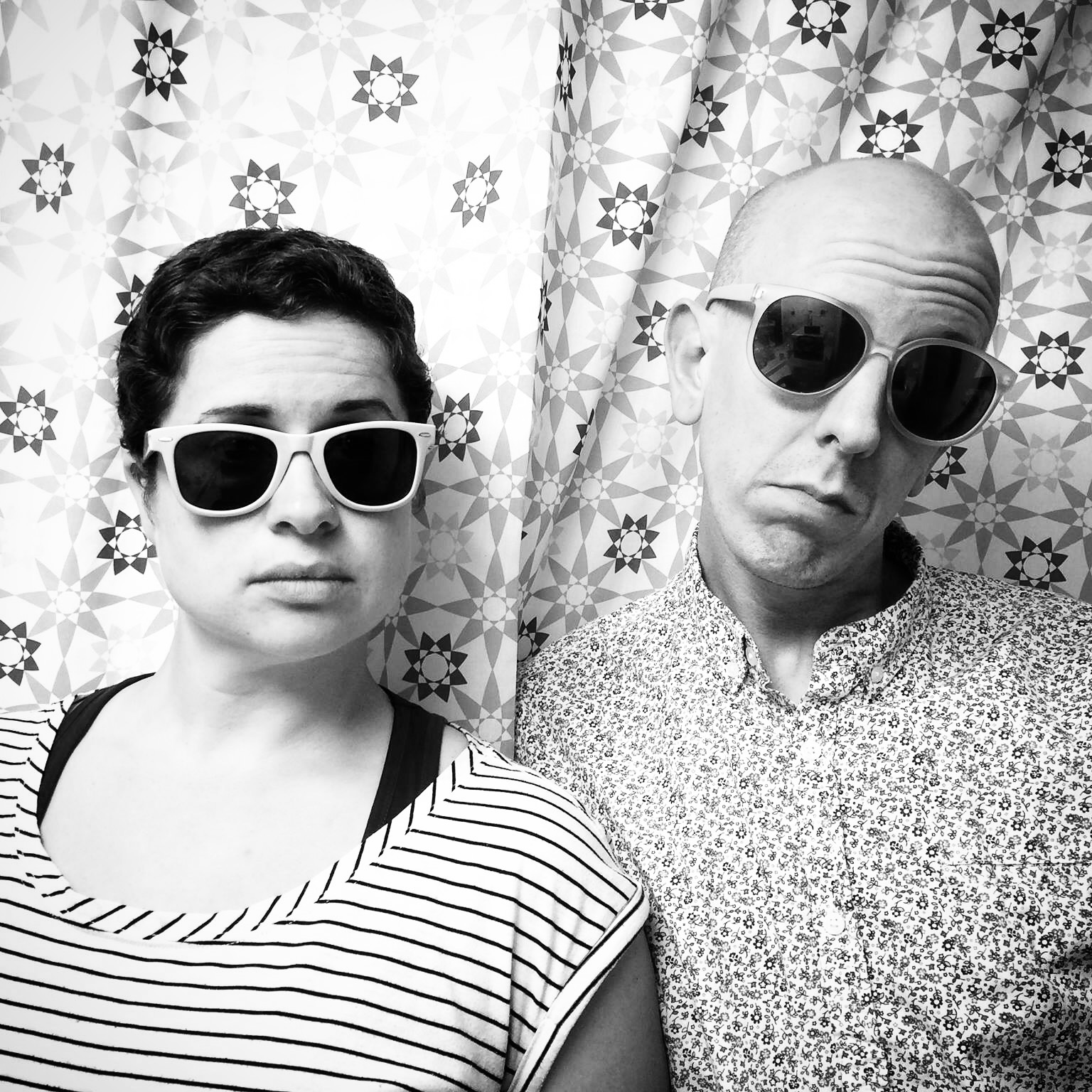 Let’s get a bit Kwerky!

Meet the Kwerks! A wife and husband team that is fun and well, Kwerky! It was only a few years ago, after getting married, having kids, a mortgage that Laura Koch decided to pursue her passion for music. However, her love for music began at the wee age of 6 years old when she was enrolled into piano lessons.

“ I loved playing by ear and would shut myself into the downstairs room where our piano was. I NEVER wanted anyone to hear me playing and singing because I was so shy, and it was a really deep, heart-connection thing I was doing, even as a little kid. I’d cry easily when it came to experiencing or making music and I thought people would think that was funny or weird.”

Laura continued with music in her elementary and highschool years living in Vancouver. She was in choir, strings and in concert band. She says the success in her music programs throughout school eased her weakness of academics, especially in the subjects of Math and Science.

“I have always loved engaging with music – it’s what made the rest of school easier because I struggled somewhat with the academics – science and math were so hard for me.”

And meet her pushy partner in crime, Ryan-Jeremy.  Okay, so I don’t mean pushy in negative terms rather in very supportive and encouraging way to help Laura follow her dreams in music. In another words, he is the rock behind Laura.

Laura refers to him,”as the fuel behind me, because he’s a pusher which can be really helpful for someone like me who has a tendency to shy away from things if I’m scared, but it can also stress me out!”

Ryan is also a BC boy, born in Kamloops and raised in Pitt Meadows. His passage into music was Theatre. In highschool he was a part of a musical and after his first year of university he took a year off and toured North America and Western Europe performing a musical along with providing community service. He was not a part of any music lessons growing up but liked to perform.

And, the cherry on top was when Laura’s sister, also an artist suggested they should follow their dreams in music.

Laura says she, “I dropped everything and followed my lifelong passion for music and rock-stardom – haha. But, after a compelling conversation with my eldest sister about the need to do what you are naturally passionate about, Ryan and I were both convinced I/we needed to jump in.”

Did you miss the segment with the Kwerks on 107.7 Pulse FM  – No Problem.  To see the Kwerks Spotlight Video click here or listen to the audio segment here!

Get to know the Kwerks a little more with some Q & A’s:

What genre of music to you primarily write/sing too?

Folk-pop, generally speaking, but it’s a continual exploration. We recently released a song for our annual holiday video that is more funk-pop. It’s hard to categorize music! 🙂

What other musical experiences can you share with us?

Laura, “Piano recitals were AWFUL and the worst thing for me, though looking back, it was good to be forced to perform. When I was a teenager, I took up the guitar on my own as I was surrounded by people playing, and I loved it. I started playing keyboard in a summer camp band at the same time. Guitar led to mandolin which I played in a band that came out of camp. Since then (that ended about 20 years ago), I hadn’t challenged myself to do much writing or performing until we started The Kwerks.”

What instruments can you play?

Laura, “Piano, acoustic guitar, mandolin…. currently those are ones I can claim to play. 🙂 I used to play violin but I’m horribly rusty.” Ryan does not play any instruments.

What bands and singers are you most inspired by or love listening to?

Laura, “Hmmmm, well I grew up listening to Raffi and Peter, Paul & Mary, as well as other gems from the 70’s like Simon & Garfunkel, I would say that the creativity and expression of these artists are most likely deeply ingrained. More recently, as in recent decades, I would say Ray Lamontagne, David Grey, Damien Rice, Barenaked Ladies, Coldplay, Birds of Chicago, Frazey Ford, and currently I’m head over heels for LP. I often feel like I don’t know a lot of names. I’m kind of the kind of person who zeroes in on one artist for a period of time and doesn’t listen to any others – just absorbing what that one artist does. So this list feels super long!”

What are your hobbies or other passions aside from music?

Laura, “I love to write. I like drawing and painting sometimes too, but rarely do it. Writing is something I love. Not just songs – words. I love people watching. If ever I’m alone sitting somewhere, I am fascinated by the people – what their stories are, what makes them happy or upset, why they do what they do. I have this constant annoyance with how the world has changed since smartphones took over our lives and watching people is one of those times when it feels like I’m the only one looking up and around. It causes me to really want to rebel against it and live – like truly live life. I end up writing about that – wanting to be outside, wanting to live authentically, wanting to go on crazy travel adventures, wanting to move off the grid and be in nature – haha.”

Where can we see you perform live?

Kwerks, “We do a lot in the Fraser Valley – we’re playing a show on Feb 8 at the Water Shed Cafe in Langley, and on Mar 9th at Gallery Bistro in Port Moody. We also perform fairly regularly at Tractor grease in Chilliwack. This summer we’ll be hitting a bunch of BC music festivals as well as local concert series.”

Laura, “Greek food. I just love it. LOVE IT. And chocolate.”

Laura, “It’s a toss-up between being somewhere like White Rock Beach where you can see and smell and hear the ocean, or being at home where it’s cozy and lovely and my favourite people (my family) are around me. I agree with Ryan that the more public our lives have gotten through The Kwerks, the more that introverted nature becomes stronger and I long for private home time. That said, the stage is where I feel MOST ALIVE!”

Ryan, “The more we perform and are “public”, my favourite hangout place is at home.”

(Listen to the full Spotlight interview below)