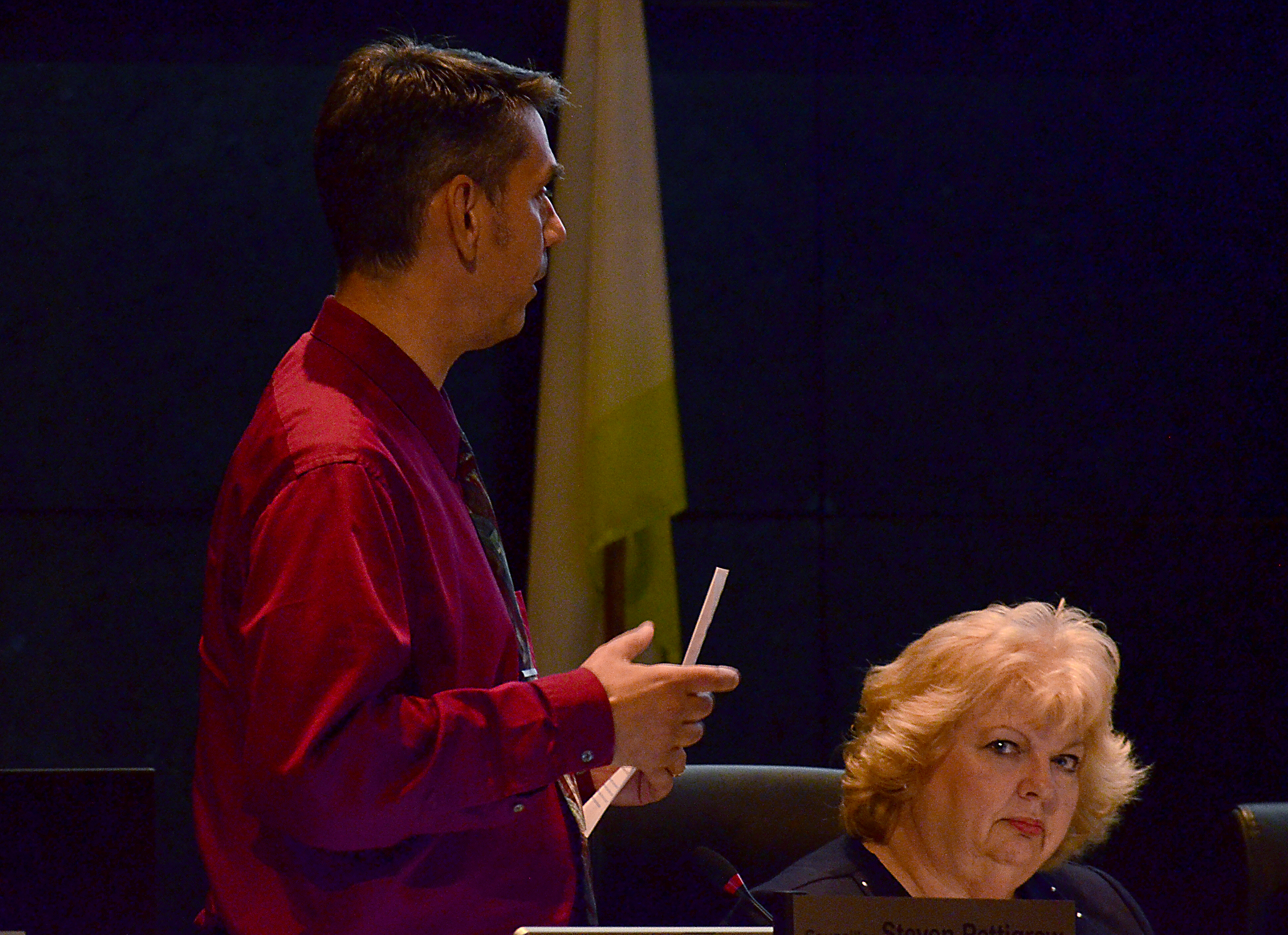 A city councillor is expected to ask her colleagues Monday night to support more public involvement in the city budgeting process.

Whether Coun. Brenda Locke is allowed to introduce the Notice of Motion or not is yet to be seen. Two weeks ago, Mayor Doug McCallum threatened to eject Coun. Steven Pettigrew from a meeting for pushing for a notice of motion of his own.

Brenda Locke looks on Monday as Coun. Steven Pettigrew gets shut down by the mayor on a point of privilege.

McCallum said at the time, he advised council they have to clear the motion with him first. Locke is bringing it forward without the mayor’s advanced permission.

In advance of the meeting, Pulse FM has obtained the details of Locke’s motion, which asks her colleagues to support more public engagement in the city budget process.

“I would like this council to consider that process, on a Surrey scale,” Locke states in her notice of motion. “This open, transparent dialogue, will give Surrey residents to let council knwo their thoughts about what they would like to see in the budget for upcoming years.”

Locke told Pulse FM Monday she’s heard loud and clear from the public that they want to be more involved in the process.

“The public feels that they have not been heard and I think it’s important, especially when we’re spending the public’s money, to take the time to listen and hear what they have to say, ” Locke said.

She said the budget time for the city starts soon, and it would be prudent to engage the public early.

Locke is one of three councillors raising notices of motion tonight.