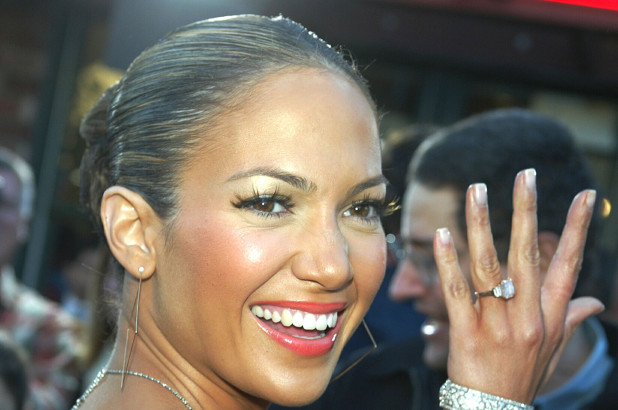 You’ve just gotten engaged, showed your friends the rock, when one of them ultimately asks “How much do you think it’s worth?!”

The long-held debate of how much a person should spend on their partner’s engagement ring is one that will never die. Some people say they should spend three months salary, some say no more than a couple thousand, then there’s people who would just prefer a $500 Cosco ring or heck, a heart-shaped diamond band.

The other night my boyfriend mentioned his friend spent $10-THOUSAND DOLLARS on an engagement ring, which is insane. What girl wants the stress of trying not to nick, scratch, or lose a rock the size of half a year’s mortgage payments on their hand? I say, like most things, each couple is different, but love shouldn’t be about dollar signs, it’s about whatever a person can afford. Take it from twice-divorced Mariah Carey, the price of the ring does not determine the long-term potential of a marriage!!!

PS – If you’re wondering what celebrities spend on engagement rings, check out the below list of the top 10 most expensive rings!

CHA-CHING! What do you think? What is the most a person should spend on an engagement ring? Join the conversation at 107.7 Pulse FM on Facebook!