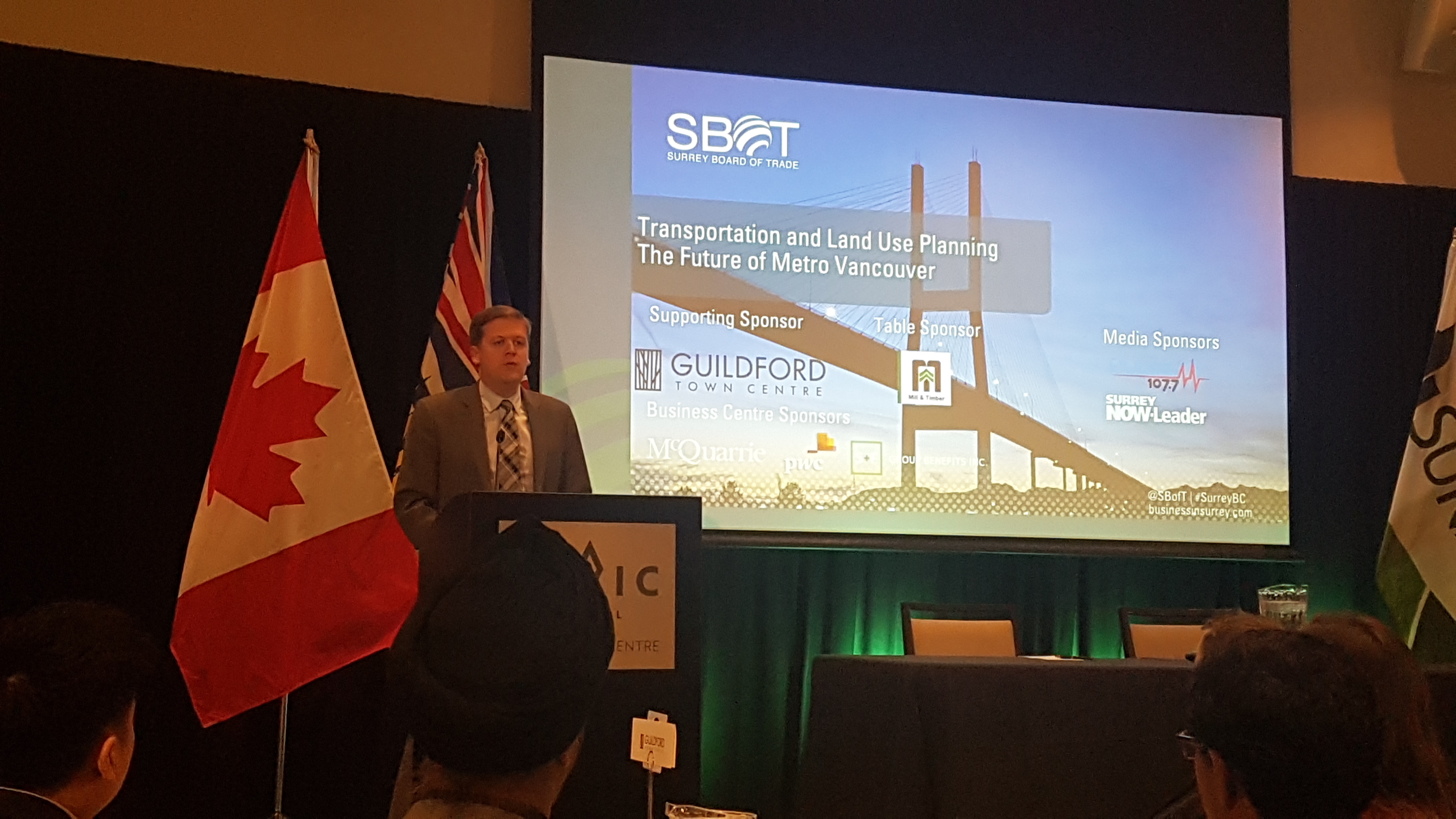 By Vanessa YbarraFebruary 20, 2019News
No Comments

Chair of the Translink Mayor’s Council Jonathan Cote talked timeline and changing his tune on expanding skytrain along Fraser Highway from Surrey into Langley.

He was speaking at a Surrey Board of Trade luncheon on Transportation and Land Use Planning Wednesday afternoon.

“My gut knee reaction when I heard Surrey Mayor Doug McCallum wanted to change a big component of the transit line South of the Fraser, was ‘That is absolutely ridiculous and crazy.’ Since then,  I’ve had the opportunity to take a more thoughtful and pragmatic approach.  The reality is this transit project, although a change in direction, wasn’t pulled out of thin air. For many years, the Fraser Highway corridor has been studied and identified as having a significant transit potential in a way to shape growth South of the Fraser river.”

Cote says a business case on the project is expected to be drawn up by Translink by mid 2019.

If approved by council, he feel strongly the project will go ahead – with design and procurement set to begin in 2020.

Cote also made a point of telling the crowd the Mayor’s Council hasn’t forgotten about Newton-Guildford residents affected by the scrapping of LRT.

The council says it plans on transferring a portion of the $1.65 billion dollars reserved for rapid transit South of the Fraser to extending the hours and bus routes on the B Line bus that runs through the area as soon as possible.

“150,000 people live in the area. That hasn’t been lost on me. Immediate improvements in the B-line service to Newton, really is to me, Translink and the Mayor’s Councils way to see we aren’t going to forget about those areas.”

Board Chair Sav Dhaliwal also spoke at the luncheon,where he told city officials, business members and other representatives in attendance that Metro Vancouver hopes to reduce greenhouse gas emissions by 80 per cent by 2020.

Listen to Jonathan Cote’s interview on Pulse Mornings where he spoke about the challenges he faces as mayor, New Westminster’s Innovation Week happening February 23rd – March 3rd and more >>