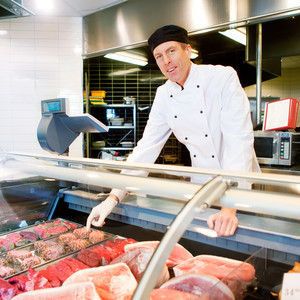 Earlier today I went to my favourite Farmer’s Market/Fruit and Veggie place in Cloverdale. The have a great Deli set up there as well and once a week I’ll go and grab Soup and a Sandwich. There used to be a wonderfully happy smiling lady behind the counter who I guess has moved on. In her place is a nice man. The only thing is, he’s terribly slow when it comes to service.

I wouldn’t say anything to him but today was a gold-medal-record-breaker when it comes to the lack-of-speed-or-multitasking olympics.

There was a customer in front of me when I came in who ordered a Shepherd’s Pie. He asked to have heated up. The man behind the counter went to put it in the microwave when he noticed me and said hello and said he’d be, ‘right with me.’ It’s at this point I’m thinking he’ll put the pie in the microwave, and come help me. Uh, no. He put the Pie in the microwave and set it at 3 minutes. He then proceeded to stand there waiting for the time to count down. He didn’t bother to use the time to take my order. Then, after the three minutes were up, the man had gone to do some shopping and was nowhere in sight. Rather than serve me, he waited for the man to return some 5 minutes later. Finally, after almost a 20 minute wait, I was served.

For the record, in no way am I angry nor would I say don’t go to such-n-such. instead I’m extremely envious of the man. How can one go thru life not having to multi-task and deal with the stress that comes with it? Clearly not this guy.

Oh, and since were talking, First time I saw the same man first impression was that he picks his nose.