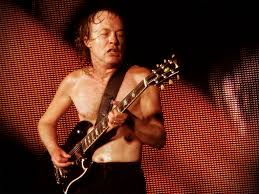 Today is National Wine Day. Perfect day for our neighbours to the south to announce once again they’re going to take BC to the World Trade Organization in protest over the fact that American wines aren’t sold in grocery stores. The US says, ‘Discriminatory regulations implemented by British Columbians are unfairly keeping us wine off of grocery store shelves, and that is unacceptable’. Question for our american friends? Have you ever actually visited a grocery store in Canada and have you ever seen anyone buying ANY wine from a grocery store? Most British Columbians seem to be more than happy with buying their wine at government run or privatized liquor stores. And there – next to VQA – the biggest selection is American wine for the most part! This is the second time the US will have complained to the WTO. Australia has also complained saying we break the rules when we all know the reason we don’t stock Australian wines everywhere is because we’re trying to keep the bad wine away from people. If you think I’m kidding try some wine made by the rock band ACDC sometime.