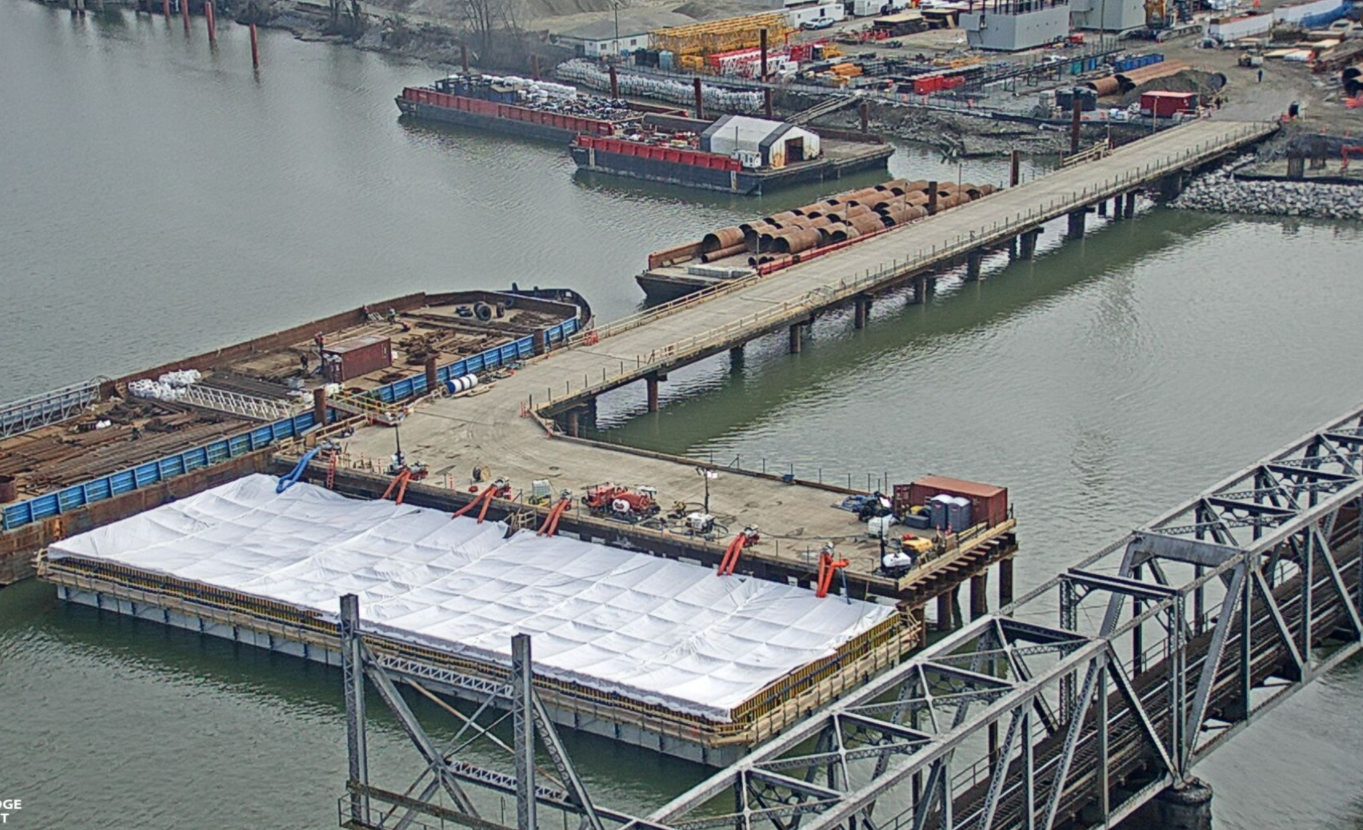 Work on replacing the old Pattullo Bridge has been underway for a good year, and now you can follow along on the progress!

The Twitter account @pattulloproject has been giving weekly updates on construction work, tweeting a photo of the bridges concrete foundation being laid out last week.

The four-lane bridge will include “modern, wider lanes, separated by a centre median barrier” and dedicated walking and cycling lanes, separated from traffic by a barrier on both sides of the bridge.

The original Pattullo Bridge was built in 1936.