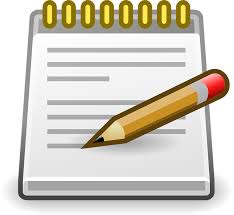 Many years ago I received mail from Amnesty International and gave them a small donation. When I mailed in a cheque I thought, ‘that was it. The end.’

Little did I know it wasn’t the end, but just the beginning.

The beginning of a mail coming that got so out of control I went to the post office and told them to block any mail in the future from Amnesty International.

Flash forward many years later and I was told about the petition you could sign to support the RCMP over a municipal force in Surrey.

For the record I don’t think there’s any need to pay more for a force that will replace the RCMP in Surrey.

Matter of fact I’ll take it a step further. I don’t support someone I don’t support and their personal vendetta against the RCMP for reasons we probably will never know.

We don’t need a new force, we need to put more police on the streets and we ned bigger budgets to give the current force the resources that they need.

I signed the petition on change.org asking Mike Farnworth to say NO and, ‘Keep the RCMP in Surrey.’

I check my inbox and over the past two days since I signed up and I’m reading emails that say, ‘You’re just one step away. Just click here and confirm your name on the petition.’

When I did, the next thing I’m being asked to sign 10 other campaigns.

This is how you lose me change.org.

Good news is at the bottom of the email there’s a link that says, ‘Unsubscribe for all Change.org. emails.’