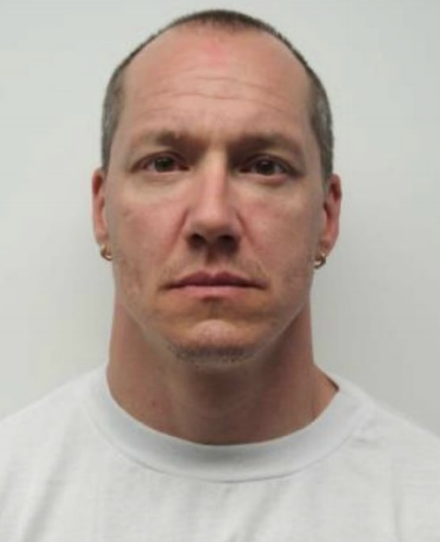 A convicted rapist now living in Surrey has been assessed to likely commit an offence “causing death or serious harm,” according to parole board documents obtained by PulseFM.

On May 24, Surrey RCMP took the rare step of warning the public 45-year-old Earon Wayne Giles, a sexual offender, was now living in Surrey. Mounties described Giles as a person who is at a high-risk of re-offending.

More than 20 years ago, Giles broke into the Newton basement suites of six women. One victim was attacked on two separate occasions.

“During the attack, the victims’ heads were covered with a pillow case, a pillow or a blanket,” to keep him from being identified, according to a 1999 ruling by the B.C. Court of Appeals. “… on at least two occasions, young children were present and witnessed the violation of their mothers.”

Giles was sentenced to 22 years, all of which he served.

A Parole Board of Canada finding paints a picture of a non-compliant Giles, who refused to take part in counselling or even his parole board hearings.

“The psychologist noted that you had made it clear to your case management team (CMT) that you did not wish to provide release plans to the board,” according to the Parole Board documents obtained by PulseFM. “Your CMT recommends that your detention order be confirmed as they are of the opinion that there are still reasonable grounds that you are likely to commit an offence causing death or serious harm prior to the end of your sentence.”

The board expressed that it may have to impose an “810 order” to Giles on release, which it did.

Section 810 of the Canadian Criminal Code allows for a set of conditions put upon someone on their release if it’s felt they will cause others harm.

Giles conditions of release include: keeping the peace; remain in B.C.; no contact with the victims; abstaining from alcohol or drugs; prohibition from entering a bar or carrying a weapon.

If anyone sees him in violation of his conditions, they are not to approach him, but to contact the RCMP at 604-599-0502.

Mayor Doug McCallum said in a release that he was infuriated that Giles was allowed to relocate into the community where his offences took place.

“I am appalled that this sexual predator is being released into the very community that he committed his heinous crimes,” McCallum said. “This not only puts our citizens at risk, but it is also a revictimization of the victims.”

Requests by PulseFM for a more precise location of Giles were refused due to privacy legislation.