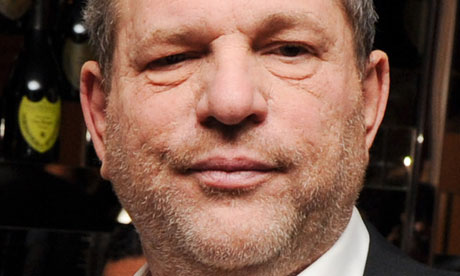 He was until a few weeks ago a King Maker. Harvey Weinstein, whether through Miramax or later the Weinstein Company, generated money, billions of dollars, in the Hollywood grinder.  Over 130 movies and over 2 billion dollars in domestic box office alone.

Not just dollars, this man was also at the helm of movies that generated 305 Oscar nominations and 75 Academy Awards on his watch.

With money and prestige comes power, and in Weinstein’s case, the alleged abuse of that power in the form of scores of sexual assault accusations now being levelled at him.

Why did it take so long to corner and quarantine this man?  Simple, he could make you and he could break you.  A role in the sack could lead to a role on the big screen and a life changing amount of money.  If an actress tuned down or blew the whistle on Weinstein, the results of his wrath upon them could very well make them go back to bussing tables or not working at all. These women were scared to death to report these allegations.

Harvey had all the power.  So much so that ‘A’ List celebrities and politicians knew and said nothing, and by doing and saying nothing it made them enablers.  That is the Hollywood game isn’t it?  Look at Charlie Sheen a few years back.  He made millions for CBS and their subsidiaries on Two and a Half Men, despite the fact that he was a chronic abuser of meds, women and booze.  No one cared and they all turned a blind eye because Charlie made them money…big money.

Weinstein is now dispensable.  His company, while still powerful, has become a board operated entity that does not need him to help them in day to day situations.  A fact that was underlined when they fired him from said company a couple of days ago.

The sad thing about all of this is that if Weinstein were still somewhat useful, i.e. making hand over fist in money over his direct influence, there is a good chance that he would still be the creep in the shadows, grabbing and groping whatever he could get his paws on.

Harvey Weinstein is a sad example of the excess of Hollywood and what people will do to get to and stay at the top of this pyramid of money and power.

I guarantee you that Harvey isn’t the only one, he is just the latest one to get caught.

*picture courtesy of the Guardian.