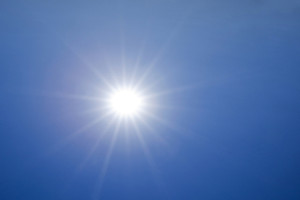 By Vanessa YbarraMay 8, 2020News
No Comments

1.Surrey RCMP need your help finding a Cloverdale culprit.
Last Saturday a man entered the convenience store at 59 Avenue and 168 Street, stole money and ran off.
No weapons were used and no one was hurt but RCMP is asking anyone with any information to call them up.

2.As of this week city projects that cost more than $25-million will receive a 50% reduction on various development fees to help businesses out.
Businesses that don’t renew their license on time also won’t be charged a late fee until the province declares its state of emergency over.

3.Just ‘cause the hot sunny weather is here doesn’t mean social distancing ends.
With temperatures expected to hit mid 20s this weekend, Dr. Bonnie Henry is reminding people we’re still in phase one of the pandemic and we could still see a spike in cases if people don’t continue to keep two feet from one another – including at parks and beaches.
Phase two officially starts May 19th.

4.B.C job numbers have hit an almost record high – with 400-thousand people losing their jobs over the last few months – the unemployment rate rising from 5 to just over 11%.
Across Canada more than two million people have lost their job – however stats can says 97% of those layoffs were temporary.
Still – On Friday Trudeau announced the feds are extending the Canada Emergency Wage Subsidy program beyond the June 6th deadline to continue to pay 75% of workers wages up to $850.
There’s no word on how long it’s been extended to.

5.COVID may may be slowing creeping away here in B-C but it’s another story but back east.
Close to 500 new cases and 60 deaths were confirmed in Ontario Friday, Quebec also struggling to keep its cases under control – with close to 1,000 cases reported yesterday with more than 25-hundred deaths.