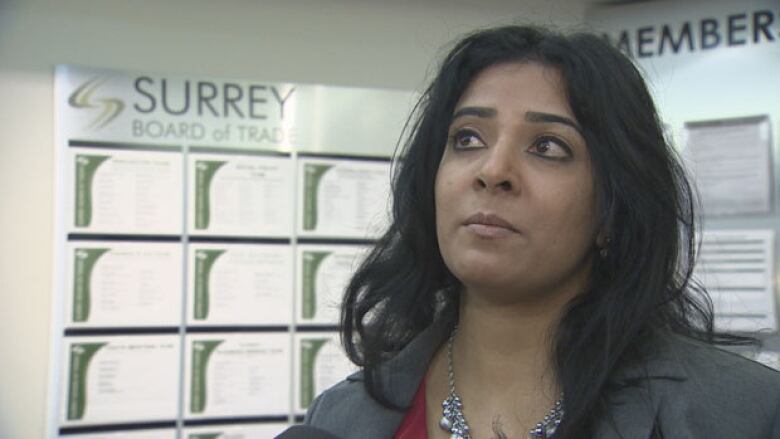 By Jeremy TubbsNovember 4, 2022News
No Comments

The president and CEO for the Surrey Board of Trade says it’s clear that the economy and financial conditions have gotten worse. Anita Huberman says that’s shown in the fall economic statement tabled yesterday by federal Finance Minister Chrystia Freeland. The board of trade is calling for a review of federal taxes to protect businesses from a possible economic storm next year. The federal fiscal update suggests a budgetary surplus is on the distant horizon, however, it also promises modest new spending with a risk of recession in the nearer term.

The founder of Family Councils of BC says changes to residential care regulations will give those in long-term care and their families a voice at the table when decisions are made. Kim Slater says policy decisions about long-term care facilities have typically been made by the Health Ministry, health authorities, unions and service providers. Now, he says the people who are experiencing long-term care will also have a voice. The BC government says changes to the regulations will require operators to meet more often with resident and family councils, and will also formalize regional and provincial committees of the councils.

Police in Delta say they have arrested a man who allegedly damaged 19 cars. Officers say they responded to a report of mischief last weekend and found members of the public had restrained a man they claimed was using scissors to damage the vehicles. Prosecutors have approved four counts of mischief under five-thousand dollars against the man from North Delta.

Police in Maple Ridge say they continue to investigate a seven-car pileup Sunday that killed one person. Ridge Meadows RCMP say a 68-year-old man has been identified as the victim of the downtown crash. Police say others were injured and witnesses reported one person was trapped in a vehicle.

A provincial court in northern BC was closed yesterday due to flooding. The Chetwynd provincial court says in-person family, civil and criminal appearances were moved online. Cases where participants couldn’t join by video were adjourned to December 22nd. The court says bench warrants would be issued for those accused persons who were unable to attend yesterday but would not be executed until the next scheduled appearance date.

The District of Squamish has closed a network of trails near its downtown after two bear attacks were reported there yesterday. There was no immediate word of any injuries. The district says there were separate surprise attacks involving individuals and a sow with a cub and the BC Conservation Officer Service is investigating. The district says the estuary trails will be closed until further notice to ensure public safety and give space to the animals