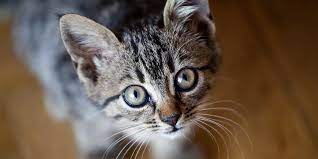 Officers shot and killed a black bear after the animal got too close to people and pets, according to Vancouver police. A black bear ventured into a busy residential area near the Burnaby-Vancouver border and they were monitoring it with hopes it would find its way back to a safer place. Sadly they were forced to shoot the bear after it crossed a short distance into Burnaby. It had started going in and out of yards, getting dangerously close to people and pets, and walking in traffic. Animal control was notified but didn’t arrive in time so officers had to shoot the bear.  Anyone that sees wildlife in residential areas can contact Conservation Officer Services at 1-877-952-7277.

Shoppers Drug Mart is recalling certain Abbott baby formula products due to possible Cronobacter sakazakii and Salmonella contamination. According to the Canadian Food Inspection Agency (CFIA), “the products were previously recalled on February 17, 2022 and some units were sold via on-line in error.” The CFIA tells consumers to check for any recalled products, do not use the listed products, and contact a doctor if anyone becomes sick. You can see the name of products being recalled at pulse fm.ca

If you’re looking for a furry friend, the BC SPCA is cutting 50 per cent of cat adoption fees so it can free up space in shelters that are overwhelmed with animals. Just this month, the non-profit took in 120 cats from a hoarding situation in northern BC. And these kinds of cases are occurring province-wide, she says. So the SPCA is cutting fees from June 20 to 30 to help find dozens of cats a new home. The SPCA is attending more often to hoarding cases and people who are overwhelmed with the number of pets they are caring for. A spokesperson for the SPCA said “We encourage anyone who has been thinking about adopting a pet to take advantage of this promotion. You will not only be providing a loving home for a deserving animal, but it will also allow us to create capacity to help more abused and neglected animals. If you are interested in adoption, visit the BC SPCA website at spca.bc.ca/adopt.

B-C’s River Forecast Centre has issued a flood watch for the South Thompson River in advance of heavy rain expected to begin late tomorrow and continue to Wednesday. It says rivers could reach their highest levels of the season, possibly causing significant flooding. Residents are being told to stay clear of fast-flowing rivers and potentially unstable riverbanks

Vaccine mandates in Canada for domestic and international travel, as well as federally regulated workers, have temporarily come to an end on Monday. The federal government announced last week that the COVID-19 vaccine mandates would be suspended for domestic travel on planes and trains, as well as all outbound international travellers, as of June 20. Quarantine and testing requirements remain in effect for unvaccinated Canadians returning to Canada. Travellers are still required to fill out the health questionnaire via the ArriveCan app upon arrival.  The mask mandate for travellers also remains in place. Mandatory vaccination still applies to cruise ships and foreign nationals entering Canada. As of Monday, the government has also lifted COVID-19 vaccine mandates for federally regulated workers, including those in public service, the RCMP, as well as transport workers, including truckers.

Surrey RCMP is asking the public to keep their eyes peeled for a missing man, last seen Saturday. Kenneth Wetherald is a 58-year-old Caucasian male, six-foot-one in height and 160 pounds in weight. He has short, grey hair and blue eyes. Wetherald communicates using sign language and is possibly wearing an identification bracelet. The missing man was last seen in the 13200 block of 96 Avenue in Surrey, B.C. at 8 a.m. on Saturday (June 18). He has not been heard from or seen since. Surrey RCMP state in a news release Saturday that Wetherald may have been on his way to Vancouver or the airport and sometimes frequents the Skytrain. Anyone with information about where Wetherald may be is asked to contact Surrey RCMP