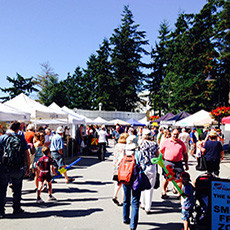 1) Health officials are expected to release new modelling data
detailing the COVID-19 prevalence in B-C today.
Doctor Bonnie Henry has said B-C is not entering a new phase in
its infection curve.
But she says the government will share more details about whom
the virus is infecting.
At least two-thousand-171 British Columbians have been infected
with COVID-19, including 114 who have died and one-thousand-376 who
have fully recovered

2) The RCMP say the bodies of two children have been recovered after
an accident in a rural part of Chilliwack.
Police had said a side-by-side vehicle carrying five people —
all related — went off a road yesterday afternoon
and became submerged in water.
Two adults and a child escaped from the vehicle, but two youths
went missing, and a dive team was sent in to search for them.
In a statement issued late last night, police said the bodies of
two children had been recovered and that the BC Coroner’s Service
was investigating.

3) Some tentative steps toward normalcy are being taken today as
five provinces begin to reopen their economies.
Each province has its own plan, but Prime Minister Justin Trudeau
says the federal government offer support to all as the country goes
carefully through the process.
That support includes obtaining enough protective equipment for
workers as provinces open more segments of their economies,
increasing testing capacity and funding research into COVID-19

4) The head of the Canadian Teachers Federation says provinces must
have a plan to meet the emotional needs of students whenever classes
resume.

Shelley Morse says some students will have experienced trauma at
home without the usual support from teachers and other staff, so
providing emotional support, not academics, should be a priority.

5) The White Rock Farmer’s Market kicked of the year yesterday! Only Vendors who sell Food/Beverage/Alcohol products may sell at the Market at this time. We hope the restrictions will keep us all safe until we can get back to normal Market season.
Due to COVID-19 restrictions, all music & special events are cancelled until further notice!.