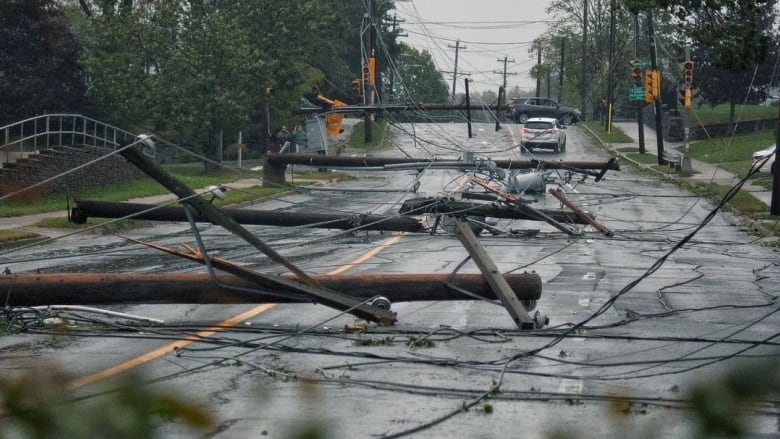 By Jeremy TubbsSeptember 26, 2022News
No Comments

Federal Emergency Preparedness Minister Bill Blair says post-tropical storm Fiona has strengthened the government’s resolve to introduce a national flood insurance program. Blair said during a news conference yesterday the national program has been in the works for years and there’s still work to do. However, he says catastrophic flooding in B-C last year demonstrated the importance of overland flood insurance and Fiona has added new urgency. Crews are working to restore power and clear debris in the Atlantic provinces and eastern Quebec in the wake of storm surges, severe winds and flooding.

An investigation is ongoing after a truck allegedly ran over a man near a homeless camp in Kelowna early Sunday. RCMP say they believe alcohol was a factor in the incident that sent the victim to hospital with serious injuries. The driver of a black Dodge Ram with an Alberta license plate was arrested at the scene. Corporal Judith Bertrand says the incident occurred in an area where many people lived in temporary shelters and tents, adding officers are grateful no one else was injured.

Police and health officials are warning of toxic drugs in the Okanagan after five people died in the span of nine hours Saturday. The deaths occurred in Kelowna and police say officers responded to the deadly overdoses at three different locations. RCMP say in a statement they are very concerned and asked anyone who uses substances to be safe by never using alone, using at safe injection sites, testing drugs before use and carrying Naloxone. Interior Health says illicit drug supply is increasingly toxic and unpredictable.

A nurse in Surrey, B-C, has had his registration suspended for four months for performing a religious ritual on a client without informed consent. In a consent agreement reached Friday with the BC College of Nurses and Midwives, the licensed practical nurse agreed to several conditions as discipline for the incident. A summary in the agreement posted online says the incident occurred in June of last year. While it doesn’t provide specifics, it says the “practice issues” were related to performing a “religious ritual” on a client in a public setting without consent or consideration of the client’s Indigenous heritage.

A network of rural health workers is launching a new committee that it says will give policymakers evidence-based solutions to the challenges facing communities outside urban centers. The BC Rural Health Network’s implementation committee will include researchers and residents. President Peggy Skelton says residents of smaller communities feel as though their needs are being ignored and they aren’t being included in conversations about them. Doctor Jude Kornelsen with the University of British Columbia’s Centre for Rural Research says common issues include staff recruitment and retention and adequate patient transport options.