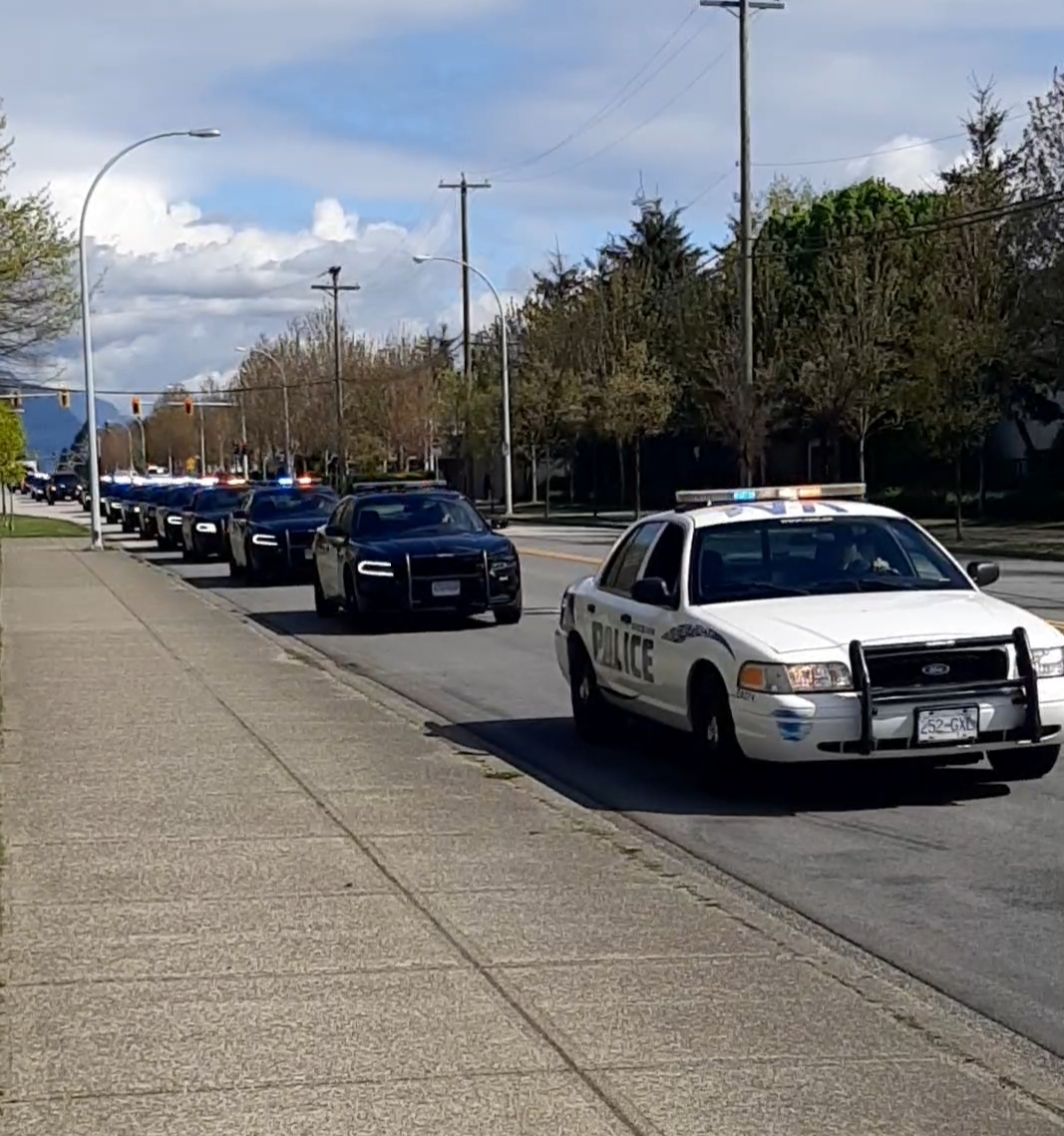 1. There’s less cocaine and fentanyl on the streets of Surrey thanks to a large seizure by the RCMP.
Over the weekend police saw two men arguing  in the area of 134 Street and 64 Avenue .
When they searched one of their cars nearby, they eventually found a large amount of pills, cocaine, and fentanyl, as well a bunch of cell phones, stolen IDs and bank cards.
One man was arrested but has been released.
No charges have been laid at this time as the investigation continues.

2. Guildford was a sea of red and blue Thursday morning with hundreds of RCMP and first responders taking part in a motorcade to honour Constable Heidi Stevenson and the 21 other shooting victims killed in Nova Scotia.

“I just happened to look out my window, it’s absolutely beautiful!”

Check out the footage below!

The route started at Guildford Town Centre and ended at the BC detachment in the Green Timbers area.

3. A man has been arrested after a violent attack on the skytrain in Vancouver last weekend.
It happened when the woman noticed the man looking at her and asked if she could help.
That’s when he yelled “You’re the reason my daughter is sick!” before punching her, leaving her with a bloody nose and swollen face.
A 51-year-old man, of no fixed address, was arrested Thursday with help from the Vancouver Police Department with police still looking the comment he made.

4. With four poultry plants in the Lower Mainland now hit by COVID-19 Fraser Health says their focus is making sure other poultry businesses don’t fall victim.
Sofina Foods in Port Coquitlam is the latest company to be hit – with one worker now at home self-isolating.

5. Four more people have died from COVID-19 in BC – all in long-term care homes.
34 new cases were confirmed Wednesday- including a staff member at Langley Lodge facility – the second employee to come down with the virus in the last month.

6. Most B.C. students are unlikely to return to school as they know it before September, according to Premier John Horgan. Announcing that we should know next week what the plans are for reopening the economy at the same time pushing back the provincial state of emergency May 12th.

7. Provincial Labour Minister Harry Bains says BC is in a “relatively good position” to rebound strongly when the pandemic is over, having entered it with a thriving economy and workforce.
“Surrey is and will continue to be an incredibly strong business community,” he said. “Before the pandemic, B.C. was expected to lead the country in economic growth – this is in no small part due to Surrey and its extraordinary growth and aptitude for their business community.”