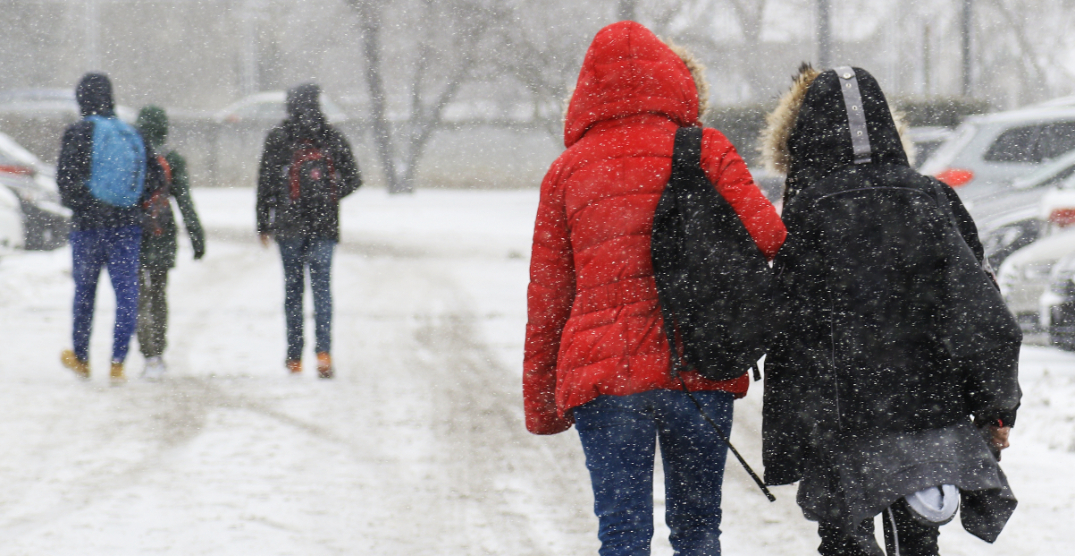 By Jeremy TubbsDecember 1, 2022News
No Comments

The BC government is reviewing whether it can improve where and when it deploys resources ahead of the next big snowfall in Metro Vancouver, expected tomorrow. Janelle Staite, regional director of highway services, says the province is examining what happened Tuesday when the storm blanketed much of BC’s southern coast. Up to 25 centimetres of snow fell, leaving some drivers stranded in their cars for 12 hours, while others abandoned their vehicles on the road. Stait says drivers went home early when the snow started to fly that afternoon, creating congestion on roads sooner than normal, while crashes and safety concerns closed the Alex Fraser Bridge — a key commuter route.

BC Hydro says crews restored power to almost all customers within 24 hours of the snowstorm that blew across southwestern B-C Tuesday. The utility says 93-thousand customers were affected and 95 per cent of them saw the lights back on by yesterday evening. It says rural areas of Vancouver Island and the Gulf Islands took longer to reach, but crews were working hard to get there. Unlike wind storms, snow takes time to accumulate on the trees and branches and interfere with electrical equipment — which is why outages spiked after the storm seemed to pass in some areas.

The jury trial has ended for one of two men accused of killing a man after escaping a federal prison on Vancouver Island more than three years ago. Zachary Armitage and James Lee Busch have pleaded not guilty to first-degree murder in the death of 60-year-old Martin Payne in Metchosin. Justice David Crossin has told the jury that while evidence against both men will continue to be presented, only Busch’s trial will continue. He says Armitage has been dealt with separately and instructed jurors not to speculate as to why.

British Columbia’s police watchdog is investigating after a man was found dead in a vehicle after an alleged armed robbery. RCMP says officers responded to a report of the robbery at a business north of Duncan Tuesday and later found the vehicle that the suspect left east of Lake Cowichan. Emergency Response Team members approached the vehicle and found the man dead inside with what appeared to be self-inflicted wounds. The Independent Investigations Office is reviewing whether police actions or inactions are linked to the man’s death.

An American woman was airlifted to a Canadian hospital due to poor weather conditions in Washington state. The US Coast Guard says the woman was in critical condition and needed to be transferred from a hospital in Forks, Washington, to a facility with a higher level of care. It says it prepared a rescue helicopter to airlift the woman, however, it was directed to a hospital north of the border due to the amount of snow dumping in the Seattle area. It says the Joint Rescue Coordination Centre and Canada Patient Transfer Network helped co-ordinate the transfer and the woman landed at Victoria General Hospital, where she received care.