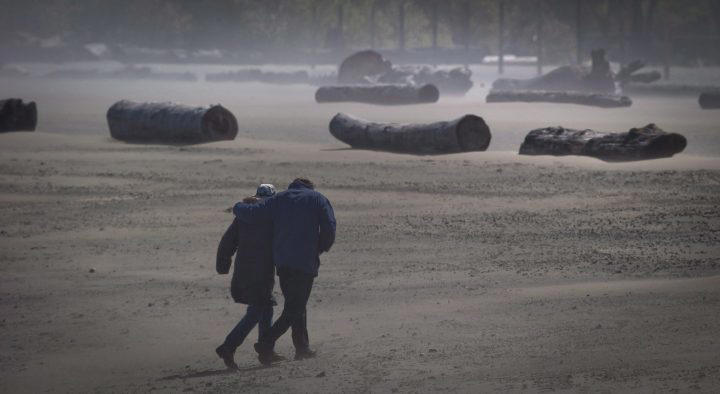 By Jeremy TubbsJanuary 5, 2023News
No Comments

The chair of the BC Human Rights Tribunal says an increase in provincial government funding will allow the tribunal to not only clear a backlog of cases, but to modernize its process. Emily Ohler says the boost is both “momentous” and “necessary.” British Columbia announced funding for the tribunal and the Community Legal Assistance Society would increase by as much as 4-point-5 million dollars per year. The province says the new funding will also allow the legal society to hire more lawyers, legal advocates and support staff.

Travellers who have landed in Vancouver from Hong Kong say they were relieved to be among the last arrivals before Canada’s new COVID-19 testing requirements took effect. Among them was Penny Tao, who says she changed her flight to avoid the new rules and arrived on a Cathay Pacific flight from Hong Kong yesterday. As of today, all passengers from China, Hong Kong and Macau will have to provide proof of a negative COVID-19 test within 48 hours of departure. China’s government has criticized the testing requirement, saying it lacks a scientific basis.

Yukon Health Minister Tracy Anne McPhee says the territory’s newly launched dental program will fill gaps in the health-care system that left some people without coverage. The territory says those who qualify based on their income will receive 13-hundred dollars a year in benefits for necessary treatment and for routine care such as cleaning. A dental program was recommended as part of a 2020 review of the territory’s health-care system and was part of the confidence agreement signed in 2021 with the Yukon N-D-P to keep the minority Liberal government in power. NDP Leader Kate White says the program offers the broadest level of coverage in the country and is “an incredible step.”

Mounties in North Vancouver have renewed their warning about a “bail scam” they say is targeting seniors. They say the latest was reported on Tuesday with a couple saying they had been asked to pay nine-thousand dollars to get their grandson out of jail. RCMP say two women later arrived at the victims’ home to collect the funds, but that they became suspicious and did not give any money. RCMP say they believe the suspects may be travelling throughout different regions in Canada to commit fraud.

Residents of BC’s South Coast are being advised to brace for heavy wind starting tonight. Environment Canada has issued a special weather statement for Metro Vancouver, along with wind warnings for the Sunshine Coast, Howe Sound, the Southern Gulf Islands and all of Vancouver Island except for inland areas. The weather agency says the winds were expected as a strong low-pressure system over the Pacific Ocean moves northward. People are being urged to check their properties for loose items that could be tossed or damaged by the wind, and are being warned of the potential for falling tree branches and power outages.

Burnaby is making it easier for residents and visitors to access historical records, maps and books online with the launch of an updated heritage website. Mayor Mike Hurley says the site features new tools that will make it easy for everyone to learn about how the city came to be. Heritage Burnaby-dot-C-A is the city’s online database for searchable historical records. The city also says it is one of the first databases to accurately display the spelling of Indigenous languages and Nation names.