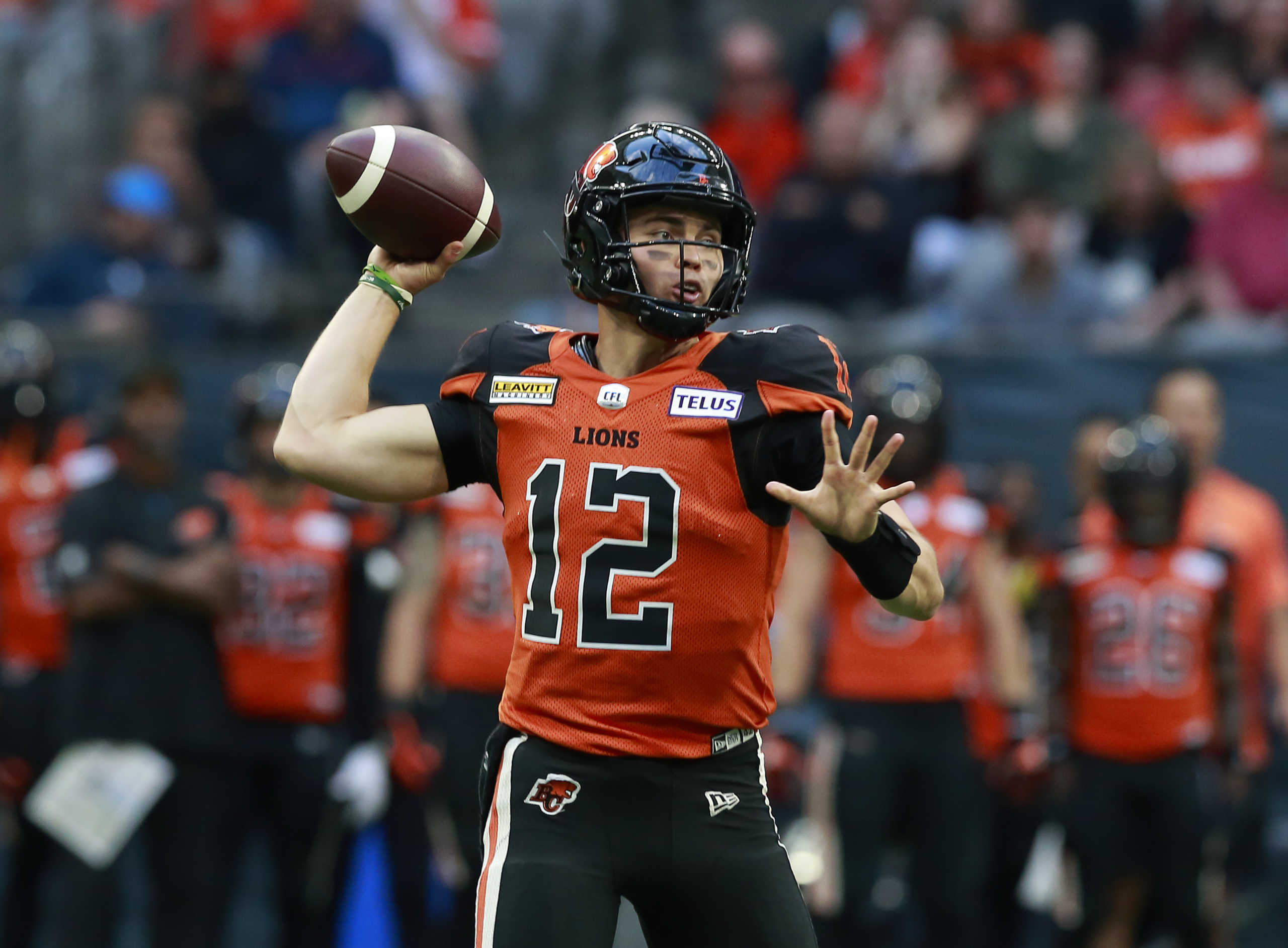 By Jeremy TubbsJuly 7, 2022News
No Comments

The honours keep piling up for B-C Lions quarterback Nathan Rourke who’s been named the C-F-L-‘s top performer for June. Rourke who’s from Victoria passed for just under 11-hundred yards last month to lead the Lions to a perfect 3-and-0 start to the year and he recorded a league-high nine touchdown passes. Rourke was earlier named a C-F-L top performer in the first and third weeks of the season. He shares the honour of top June performer with Saskatchewan running back Jamal Powell and Roughriders defensive lineman Pete Robertson.

Jobs Minister Ravi Kahlon says he won’t be running for the leadership of the B-C New Democrats but he says he would support David Eby, if the attorney general decided to seek the party’s top job. Eby has not announced his leadership intentions, but in a social media message posted this morning, Kahlon says he admires Eby’s integrity and passion. Kahlon says he and his family have decided now is not the time for him to seek the leadership, but he believes Eby is the right person to be B-C’s next premier. No one has yet declared plans to replace Premier John Horgan, who announced last month that he will step down and wants a leadership convention held this fall.

Officials in Prince George will be inspecting soggy roads and checking buildings in the downtown core today after an intense thunderstorm caused flash floods. The skies opened yesterday afternoon, causing huge puddles that forced some drivers to abandon their vehicles. The city also received reports of damage to several buildings. More thunderstorms are forecast today across many parts of central and southern B-C, and the River Forecast Centre warns the unpredictable rainfall could cause localized jumps in river levels that are already very high.

Vancouver is among the cities seeing a dramatic shift in vacancy rates in suburban areas. Commercial real estate firm C-B-R-E says for the second quarter in a row, suburban office vacancy rates in Canada are lower than rates for downtown regions. The vacancy rate in suburban Vancouver was just 5.5 per cent, the lowest in the country. C-B-R-E vice-chairman Paul Morasutti says the numbers suggest office markets are still fluid as companies cope with post-COVID hybrid work arrangements.

Someone who bought a Lotto Max lottery ticket in Vancouver is 15-million dollars richer, but they will have to act quickly if they hope to collect the windfall. The B-C Lottery Corporation says the ticket was purchased in August last year and the prize winners have 52 weeks to come forward or they will forfeit the cash. The ticket was for the August 13, 2021, Lotto Max draw and
carried the winning numbers of 1-14-17-20-28-32 and 38. So far this year, B-C players have redeemed more than 64-million dollars from Lotto Max payouts.