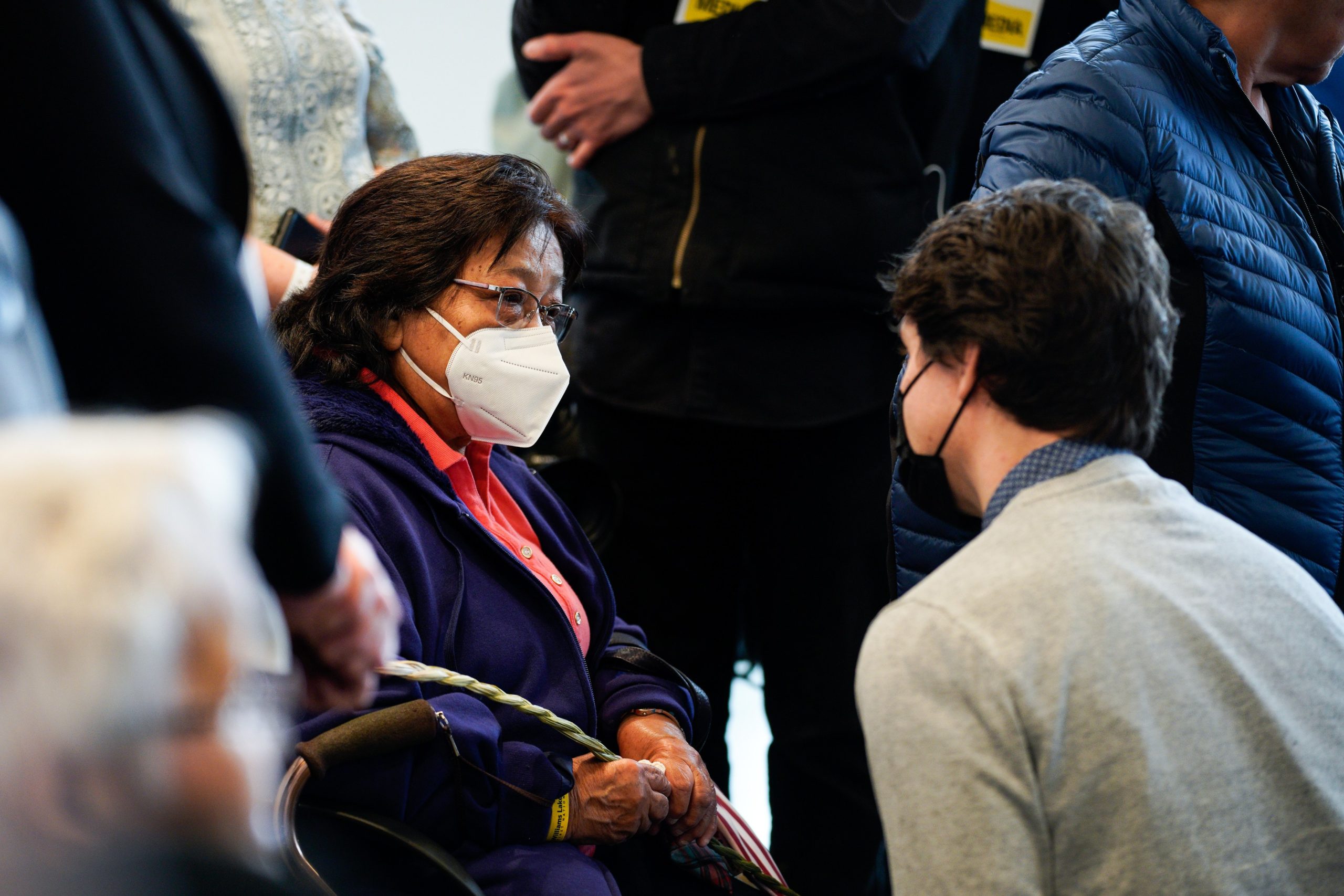 Surrey taxpayers are looking at a 46.62-million dollar bill arising from the RCMP’s collective bargaining negotiations concerning back pay for Mounties.  This city, currently home to Canada’s largest RCMP detachment, is taking the largest hit in B.C. to cover the wage increase retroactive to 2017.  The RCMP’s roughly 20,000 members will see a $25,000 annual pay raise for sergeants and $20,000 for constables as of Friday, April. 1.  The Surrey RCMP has 843 Mounties and fewer than 20 are not unionized.

Prime Minister Justin Trudeau says Ottawa will provide 2.9 million-dollars in additional funding for First Nations in B-C to support healing for communities whose children were taken from their families and sent to St. Joseph’s residential school in Williams Lake.  A statement from the Prime Minister’s Office says the funding will be used to continue research and to “further uncover the truth about what happened at the school and begin the process of healing.”  The prime minister, who visited Williams Lake yesterday, says he was there to listen and learn from elders, survivors and the community about “what the path forward looks like, not just for this community, but for this country, in partnership, in respect, in reconciliation.”

Indigenous delegates were emotional as they walked out of a two-hour long meeting with Pope Francis at the Vatican.  The meeting went an hour longer than expected. delegates hope it will forge the beginning of an important relationship, saying there is hope for change despite the delegates’ collective grief and pain.  The delegates shared stories of residential schools and requested the Doctrine of Discovery from the 1600s be rescinded and Indigenous lands returned.  The doctrine gave license to explorers to claim vacant land, which was any land not populated by Christians, in the name of their sovereign.

A trial date has been set for a former Vancouver Canucks forward charged with sexual assault.  Jake Virtanen’s case is set to be heard by a judge and jury in B-C Supreme Court starting on July 18th.  The 25-year-old is charged with one count of sexual assault following a police investigation into an incident that took place on September 26th, 2017, when he was playing for the Canucks.

The homicide unit is investigating after a 29-year-old man was found dead in Langley.  Police say they were called to a wooded area around noon on Tuesday.  They say early investigation shows the death doesn’t appear to be random.  No other details have been provided.

Chris Rock received multiple standing ovations from a Boston audience as he returned to the stage for the first time since being slapped by Will Smith at the Oscars.  Rock only briefly addressed the incident, saying he was — quote — “still kind of processing what happened” Sunday and never mentioning Smith by name.  Smith slapped Rock onstage at the Oscars over a joke the comedian made about his wife Jada Pinkett Smith’s buzzed haircut.  Pinkett Smith has spoken publicly about her diagnosis of alopecia, which can cause baldness.  Smith has publicly apologized.

Travel agents say they’ve seen a surge in demand for flights leading up to Canada’s dropping of the testing requirement for vaccinated travellers, which takes effect tomorrow. Domestic tourism groups also report a big bump in bookings over the last few weeks. Health Canada still requires that anyone arriving from outside the country wear a mask in public for two weeks. Unvaccinated Canadians and other travellers will still need to provide a negative test, or evidence that enough time has passed after an infection, to enter the country.

As people return to the workplace, post-secondary students resume in-person learning, and more things open up, parking lots are once again full of vehicles that are left unattended for hours at a time. During Auto Crime Enforcement Month, the Integrated Municipal Provincial Auto Crime Team (IMPACT), Government of BC, and ICBC, are reminding people to Be Car Smart when it comes to their vehicles.

B-C Hydro customers will see slightly lower electricity bills starting tomorrow, but the reprieve will only last for 12 months. The Crown utility says the B-C Utility Commission has given interim approval to an average 1.4 per cent reduction effective April 1st. The cut is part of a three-year rate application that B-C Hydro says includes a proposed two-per cent boost next year, followed by a 2.7 per cent hike in 2024. Overall, Hydro says if the whole package is approved, customers can expect an average 1.1 per cent rate increase by the end of the three-year plan, marking a period of the lowest rate increases in B-C over the past 15 years.

The Vancouver park board has created a new role as it deals with growing numbers of homeless people camping in city parks. The position of director of urban relationships will be responsible for helping to fulfil Vancouver’s humanitarian and safety responsibilities to those sleeping or sheltering in parks. Park Board general manager Donnie Rosa says the new post is long overdue and requires a humane approach. Betty Lepps is the new urban relationships director and comes to the post from B-C Housing where she was the regional director of supportive housing and shelters, and co-led the housing of almost 300 people who had been sleeping in Strathcona Park.