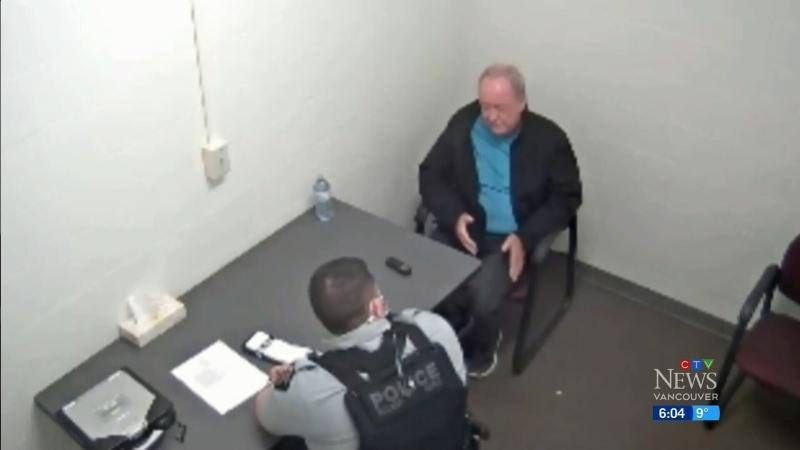 By Jeremy TubbsNovember 3, 2022News
No Comments

The CEO of the Vancouver Whitecaps says the sentencing of a former women’s coach for sex crimes is a significant moment and the soccer club is truly sorry to those affected. Axel Schuster says he commends the women who came forward and shared their experiences with Bob Birarda, who led the team from 2006 to 2008. Birarda was sentenced to 16 months in jail and eight months under a series of conditions including house arrest. The 55-year-old pleaded guilty in February to three counts of sexual assault and one count of sexual touching involving teens between the years 1998 and 2008.

A Vancouver police officer who shot a man outside a Canadian Tire six years ago says he feared for his life and those around him when he pulled the trigger. Constable Gary Li says he fired his stun gun and his partner tried to handcuff 38-year-old Daniel Peter Rintoul, but the man continued to fight, stabbing Li’s partner several times. Li delivered the emotional testimony yesterday at a coroner’s inquest into Rintoul’s death. The inquest has heard that police arrived after Rintoul assaulted employees at the store with bear spray before breaking into the gun cabinet and trying to load weapons with ammunition.

A radiologist who examined an X-ray of outgoing Surrey Mayor Doug McCallum’s foot says he noted “moderate soft tissue swelling.” But Doctor Hamed Basseri of Peace Arch Hospital says it would be challenging to determine the cause based solely on the image and the swelling could have resulted from fluid retention. McCallum’s foot is under examination as part of a provincial court trial in which he has pleaded not guilty to mischief. The charge was laid after he lodged a complaint with RCMP alleging a critic of his policies, particularly a plan to replace the Mounties with a municipal force, ran over his foot in a grocery store parking lot.

The BC Chamber of Commerce is pushing back against proposed changes to workers’ compensation in the province. The BC government introduced amendments to the Workers Compensation Act it says will restore fairness to injured workers, including ensuring employers accommodate and re-employ them. However, the chamber says the workers’ compensation system is not broken and the changes could cost hundreds of millions of dollars at a time when costs are already rising. It says WorkSafeBC claim costs have nearly double in just four years, despite overall injuries declining by 2.5 per cent over the last decade.

One of Vancouver’s tech darlings is a little bit smaller after a second round of recent layoffs, continuing a trend that has seen several companies in the sector shrink their staff. Social media company Hootsuite says it is laying off five percent of its staff, just a four months after it laid off 30 per centas part of a global restructuring. Spokeswoman Tonja Aldis says the latest round of staff cuts came from areas of duplication, reduced or slow demand, and management. Technology companies were among the best performers during the early part of the COVID-19 pandemic but their fortunes have turned in 2022 as economic concerns have investors moving to established companies rather than growth stocks.

An atmospheric river is expected to bring heavy rain and strong winds to parts of the south coast tonight and Friday, while heavy snow is set to fall further east. Environment Canada has issued a snowfall warning with up to 20 centimetres in the forecast for the Fraser Valley east to the Okanagan Valley, as well as the Fraser Canyon and Nicola regions. Gusty winds will further obscure conditions and the snow should turn to rain Friday afternoon. Up to 70 millimetres of rain is expected along the coast including Metro Vancouver, Howe Sound, the Sunshine Coast and eastern Vancouver Island.