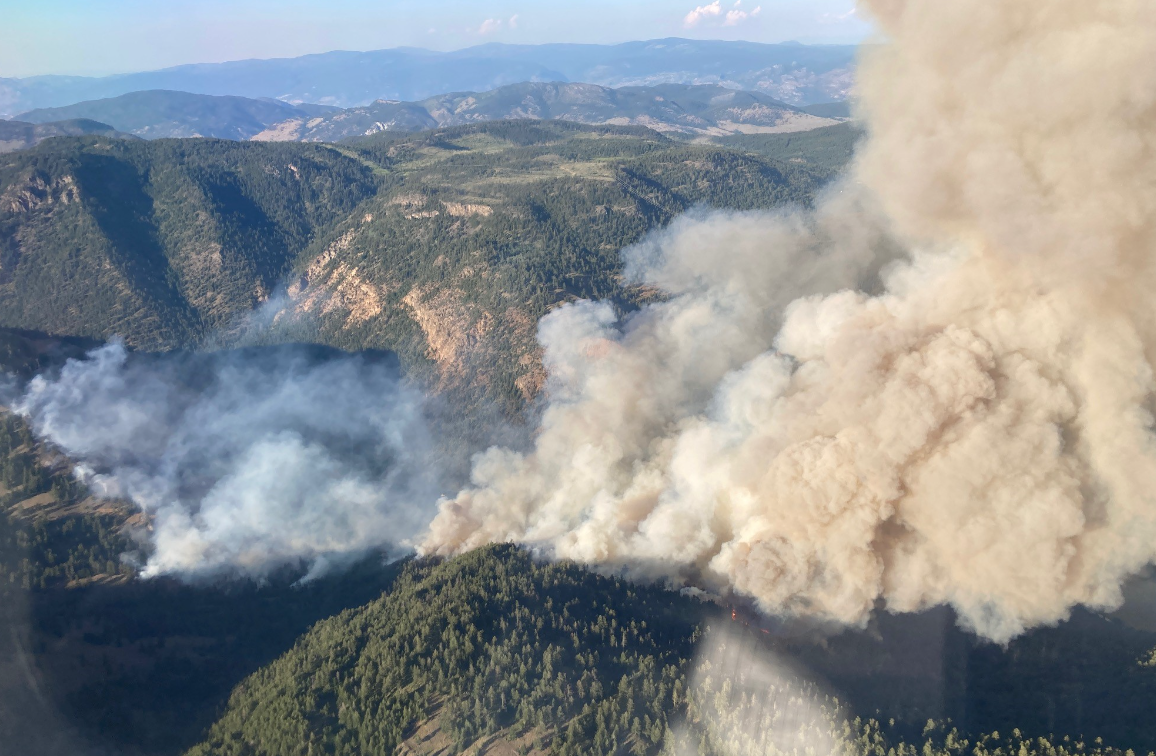 By LeslieAugust 2, 2022News
No Comments

Hundreds of properties in the southern Okanagan have been evacuated, with many more put on notice to leave at a moment’s notice, because of an aggressive wildfire near Penticton.  The fire has grown to more than 22-square kilometres since it was first spotted a few days ago.  More than 300 properties in the Apex Mountain Resort are are under an evacuation order, while another 400 are on alert.  The fire has been erratic, aggressive, and tough to fight. The BC Wildfire Service has described it as “vigorous but not organized.”

Parents can book appointments for COVID-19 vaccines for children who are between six months and four years old starting today.  B-C’s health website says parents need to register their child with the province’s Get Vaccinated system _ the same one used for adult vaccinations _ which will generate a link with an invitation to book an appointment. The website says Health Canada has approved a 25-microgram dose of the Moderna vaccine for children, which is a quarter of the dosage for adults.  It says children can get their COVID-19 vaccine at the same time as other childhood vaccines.

As another 9-11 anniversary approaches, U-S President Joe Biden says one of the attacks’ key planners has been killed in Afghanistan.  Biden says two Hellfire missiles fired by a U-S drone took out Ayman al-Zawahri’s decade-long reign as the leader of al-Qaida.  U-S intelligence had tracked him and they are confident he was sitting on his balcony when the missiles struck.  Afghanistan’s Taliban government confirmed the airstrike, but made no mention of casualties, and called the attack “a clear violation of international principles.”

The rate of police-reported sexual assault hit its highest level last year since 1996.  Statistics Canada says there were more than 34-thousand, 200 reports of sexual assault, up 18 per cent from 2020.  The agency says that despite increasing talk about issues around sexual violence, the number of sexual assaults reported to police is still likely to be a significant underestimate.

The decision has been made: Team Canada has won the championship title of the 2022 Honda Celebration of Light in Vancouver.   Midnight Sun Fireworks, a volunteer-based group of pyrotechnics experts from the Yukon, represented Canada in the fireworks competition on the second night, July 27.  This Canadian group beat performances from Team Japan, represented by Akariya Fireworks, and Team Spain, represented by Pirotecnia Zaragozana.