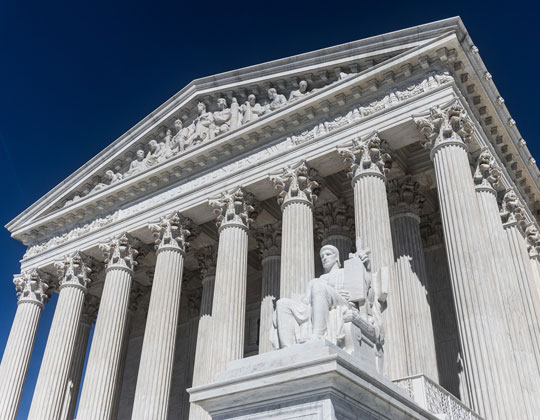 Protesters were quick to gather outside the U-S Supreme Court late last night in reaction to a leaked draft opinion about a landmark abortion case.  Politico has published the apparent leaked copy suggesting America’s top court is ready to overturn Roe v. Wade.  That’s the landmark ruling of 50 years ago that legalized abortion nationwide.  Reaction was swift from elected lawmakers.  In a joint statement from Congress’ top two Democrats, House Speaker Nancy Pelosi and Senate Majority Leader Chuck Schumer said, “If the report is accurate, the Supreme Court is poised to inflict the greatest restriction of rights in the past fifty years — not just on women, but on all Americans.”

A Surrey teacher has been reprimanded by the BC Commissioner for Teacher Regulation for losing her temper, telling her class that a student wasn’t passing Grade 8 science and pulling on the student’s arm. According to the report the teacher,she lost her temper with a student whom she felt was being disrespectful.  She apparently raised her voice and said in front of the class that Student was not passing Grade 8 science and that every teacher in the School was complaining about them.  When the teacher then asked the Student to show her their workbook, and they did not, she went into the student’s bag and retrieved it herself.  There is also a report she held onto the students arm and pulled on it.

Protests against old-growth logging are expected to ramp up next month in British Columbia.  But the activists who use highway and bridge blockades and hunger strikes to draw attention to their cause say their nonviolent actions are aimed at sparking public discussion and urging politicians to heed climate science.  Twenty-one-year-old Zain Haq (HACK) — who helped create the group Save Old Growth — says less-disruptive activism is “radically insufficient” to push B-C into banning old-growth logging.

Home sales in the Greater Vancouver area returned to typical levels in April.  The Real Estate Board of Greater Vancouver reports sales fell by more than 16-hundred from a year ago to 32-hundred and 32.  Chair Daniel John says the return to a more traditional pace of sales gives buyers more time to make decisions, secure financing and get home inspections done.  But the M-L-S home price index for all residential properties in Metro Vancouver was more than 1.3-million-dollars.  That’s up 18.9 per cent over April of last year and up one per cent from the previous month.

The first regular flight of the new ultralow cost airline Lynx Air has taken off from Kelowna.  Two flights a week are currently departing from Kelowna to Calgary and Vancouver before the carrier is expected to take off to the Alberta city three times a week, starting on June 29th.  Lynx Air operates a fleet of Boeing 737 aircraft and plans to grow its fleet to more than 45 aircraft over the next five to seven years.  It’s flying to 10 destinations across the country, from Victoria to St. John’s, Newfoundland and Labrador.

The B-C and federal governments are again boosting funding for farmers’ markets that have been operating in the province since before November 2020 or those that did so last summer.  Nearly 143-thousand dollars is available to eligible farmers’ markets that did not already receive funding, with applicants eligible for up to 15-thousand dollars that could be used for everything from signage and merchandising racks to tents and tables.

Police say the fatal shooting of an off-duty B-C corrections officer near a Walmart parking lot in North Delta a year ago was the result of mistaken identity. Investigators say they are confident they have identified the suspects involved in the murder of Bikramdeep Randhawa on May 1st of last year. Police say they believe the suspects mistook him for an individual involved in the ongoing Lower Mainland gang conflict. No arrests have been made but police say the investigation continues to be a priority.

The latest overdose figures from B-C’s chief coroner show 165 people died from drug overdoses in March, down from 174 in February and 209 in January. Lisa Lapointe calls the decline over the past two months encouraging — but notes the 548 deaths in the first three months of this year were still higher than last year’s record of 535 people. Lapointe says five people are dying every day and those who survive an overdose are often left with serious long-term health challenges. She is repeating her calls for expanded access to a safer supply of alternative drugs to lessen those harms.

British Columbia’s public safety minister says an automated warning is in place for the spring thaw and will also be ready for wildfires by early June. However, Mike Farnworth says the government is still working to figure out when to use the system — known as Alert Ready — for extreme heat. The B-C government came under fire for not using the system to warn residents when the province experienced the so-called heat dome last summer that led to hundreds of heat-related deaths.

A Surrey man says he plans to share his $2-million winnings with his family after scoring the top prize in the March 26 BC/49 draw. Rahmat Ali, a retiree, said he didn’t realize at first that he’d won the $2 million, according to a release from the B.C. Lottery Corporation. Ali bought his ticket at a 7-Eleven on 128 Street, and scanned his ticket at a self-scanner at a FreshCo. “At first, I didn’t know the amount… the retailer just told me it was a big win,” he said. “Once I found out how much I won I was shocked. I never thought I would win that big.” Ali said he shared the news with his wife right away and then his daughter and her husband. “My daughters who live in New Zealand are going to come home to celebrate, which is exciting. I came from very little growing up and want to help my kids and family for the future.”