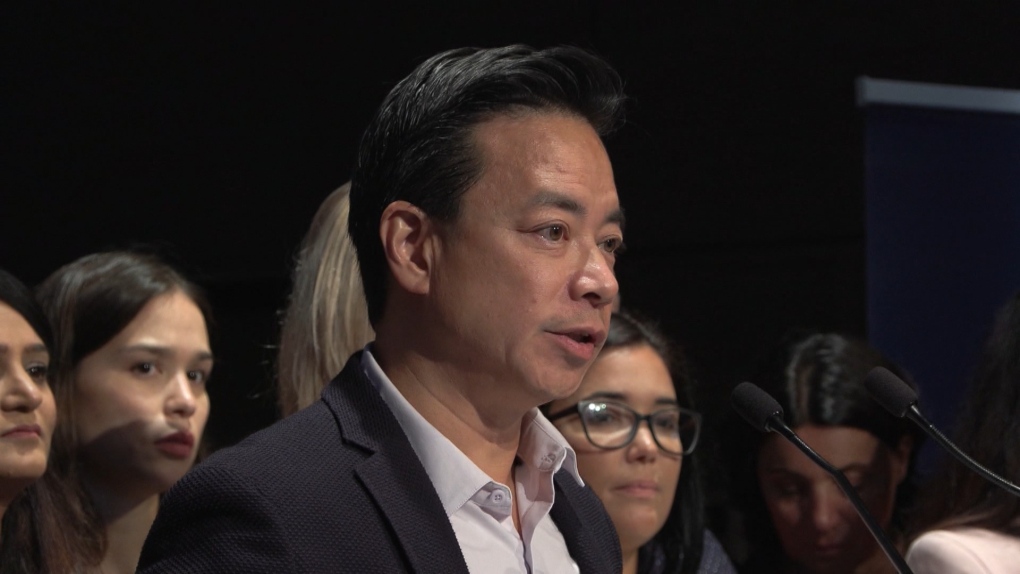 By Jeremy TubbsNovember 8, 2022News
No Comments

Provincial and territorial health ministers meeting in Vancouver this week will sit down today in Vancouver to talk funding with Health Minister Jean-Yves Duclos. The federal minister has indicated his government is ready to increase funding for health care, but there are strings attached. Host Minister Adrian Dix says they’ve been looking for more money since the federal Liberal government made the commitment in 2015. Dix says they asking for a hike to 35  per cent of funding, from the current 22 per cent through the Canada Health Transfer.

Vancouver’s new mayor is promising to set a tone of co-operation despite his party holding a strong majority on council. Mayor Ken Sim and the city’s new council were sworn in at an inauguration ceremony where the mayor called for help from the federal and provincial governments to address the opioid crisis. Sim is making history as the city’s first Chinese Canadian mayor after beating incumbent Kennedy Stewart in the October election. The ABC Vancouver slate was elected on promises to tackle housing affordability by speeding up the permitting process and hiring 100 more police officers and 100 more mental health nurses to address public safety concerns.

Police in New Westminster are investigating what appears to be an unprovoked pepper-spray assault on an elderly man. A witness says the assault happened on Saturday, adding that they called the police and then provided help to the man. Police say the suspect got away, but they’re looking for a Caucasian man, around 40 years old, with a medium build, who walks with a hunch. Sergeant Justine Thom says they believe the suspect and the victim aren’t known to each other and they’re hoping other witnesses will come forward.

The Health Employers Association of B-C has reached a tentative contract agreement with the union representing 14-hundred medical school graduates working to become family or specialist physicians. Details of the agreement with the Resident Doctors of B-C union are not being released until it has been ratified by both sides. A government statement says the contract follows the conditions of the province’s shared recovery mandate. The mandate promises a salary increase of 25 cents per hour plus 3.24 per cent in the first year, a 5.5 per cent salary bump in year two and a two per cent increase in year three.

BC Transit in Victoria, B-C Ferries and TransLink are all offering free fares for veterans on Remembrance Day. Scheduled routes and handyDART services in the Victoria Regional Transit System will be free for all riders in uniform, active, retired and cadets, as well as those with Army, Navy or Air Force Association cards TransLink will offer free transit on all services to veterans and members of the Canadian Armed Forces, police and fire departments, Canadian Coast Guard or BC Ambulance Service who present their badge, military I-D, Veteran’s Service Card or travel in uniform. BC Ferries is offering free fares for customers presenting official Canadian military identification or travelling in uniform.

The Victoria police are looking for potential witnesses and video of a stabbing incident involving two people. Police say officers found the pair early Sunday morning in the city’s downtown. Their injuries are considered non-life-threatening. Investigators believe that there may be video of the incident as well as people who saw it but have not come forward.