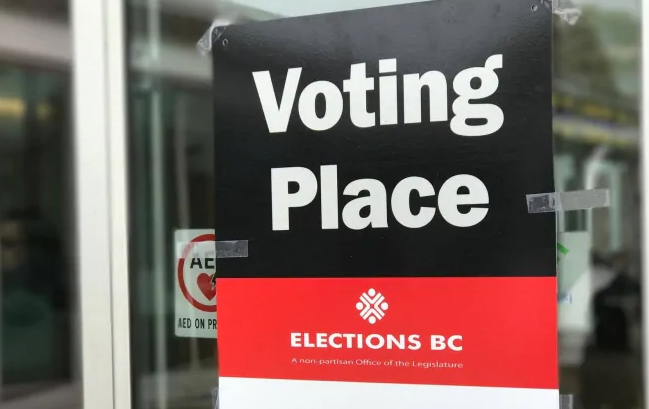 By LeslieSeptember 29, 2020News
No Comments

A B-C Liberal proposal to eliminate the provincial sales tax for a year as an economic stimulus post COVID-19 was the focus on the election campaign yesterday.  Liberal Leader Andrew Wilkinson says his promise would cost the government about seven-billion dollars, but it would help businesses recover from the pandemic.  N-D-P Leader John Horgan says Wilkinson should tell voters what services would face getting cut to cover the cost of the P-S-T promise.  Green Leader Sonia Furstenau says people need economic security to help the province recover from COVID-19, not the elimination of the P-S-T for a year.

The Province of British Columbia has formally extended the provincial state of emergency, allowing health and emergency management officials to continue to use extraordinary powers under the Emergency Program Act to support the Province’s COVID-19 pandemic response. The state of emergency is extended through the end of the day on Oct. 13, 2020, to allow staff to continue to take the necessary actions to keep British Columbians safe and manage immediate concerns and COVID-19 outbreaks.

Dr. Bonnie Henry says there has not been a COVID-19 transmission event or outbreak in a B.C. school yet, but spread has occurred between students.  She’s again asking parents to talk to their children and tell them they can help prevent transmission by limiting social interactions, as there have been more than 35 exposure events involving schools in B.C., including 24 in the Fraser Health Authority, she says there has been some transmission in groups of children and young people who have been hanging out together outside of the school setting The province reported 267 new cases over the past three days, along with three deaths.

Dr. Bonnie Henry also says a limited return to school sports is being considered during the COVID-19 pandemic, though teams would initially be playing within a region and close-contact sports like wrestling would be excluded.  She is also advising that Halloween events will have to be done differently this year, with a focus on small gatherings outside and no one being required to sing for their treats.

With parts of Canada already in a second wave of COVID-19, a new poll finds many Canadians are bracing for another lockdown.  Seventy per cent of respondents to the survey think it is very or somewhat likely the country will go back into a lockdown like the one we experienced in the spring.  The poll also found 61 per cent are very or somewhat afraid of contracting COVID-19.

A group of parents and teachers have taken it upon themselves to track COVID-19 cases in B.C. schools, amid concerns people are being asked to keep quiet A Richmond mom created a Facebook page called “BC School Covid Tracker.”  Nearly 7,000 people have joined in the week since it launched. She says the mission of this initiative is to make accurate information available in real time.

President Donald Trump and Democratic nominee Joe Biden will outline their different visions for the U-S tonight in the first of three presidential debates.  Tonight’s event could be a pivotal campaign moment, with just five weeks until election day.

City of White Rock councilors appear to have no intention of mandating masks, at least for the time being, in public spaces. Noting the rise of COVID-19 cases in the province, council made a motion at the regular council meeting Monday evening (Sept. 28) for staff to prepare a report on mandatory mask use in some public spaces. The motion died with no seconder before it could be discussed. It was suggested to council the city might look at mandating masks on the White Rock Pier, promenade, and White Rock Farmers Market. He said he wants to put the city in a position where it can avoid closing those attractions if COVID-19 cases continue to rise Most recently, the City of Delta announced it is making face masks mandatory at all City of Delta facilities, except during activities where wearing a mask is not feasible, such as swimming. Delta’s new requirement kicks in Oct. 1.

The next phase of Surrey’s King George Hub development will buzz with close to 400 employees of Westland Insurance and also a Save-On-Foods store.
Westland will occupy the top seven floors as the flagship tenant of the new Hub 9850 building, built by PCI Developments adjacent to the King George SkyTrain station.
The first phase of the development, completed in 2015, features the angular, “architecturally unique” Coast Capital Savings building, at 9900 King George Boulevard.
Phase B of the development will include a Save-On-Foods store as the anchor tenant, two residential towers, 15-storey office tower and “high quality” retail along a vibrant pedestrian High Street to King George Hub.” The 165,000-square-foot office tower will be home to Westland Insurance, currently headquartered in South Surrey.
Westland’s move, targeted for spring 2022, will centralize three of its offices into one site at King George Hub.

It turns out that South surreys well known movie theatre the rialto, opened in 19194 isnt closing due to COVID-19, but rather an “unreasonable” request from the landlord when it came time to renegotiate the rent. Manji who is the owner of the Rilato theatre said he did everything in his power to keep the theatre alive, but the company that owns the land wouldn’t accept anything less than a 200 per cent-plus rent increase. Manji says his landlord only responds to his requests to negotiate through the company’s lawyer. Manji, who said his family is devastated by the loss, made one last-ditch effort to save the theatre.
“I opened my books to them. I said every single penny that comes through here that is profit, you guys get to keep 50 per cent,” “They refused. They sent me a letter from their lawyer to leave by September 30.”
Manji bought the cinema after it was closed by its former owner in 2014. He said he knew at the time of purchase it wasn’t a major money maker, but he resurrected it to feed the community’s appetite for entertainment.

Indigenous organizations are calling for a full and independent investigation into the death of a First Nations youth whose body was found the closet of a group home in Abbotsford. The Union of B-C Chiefs, the Indigenous Bar Association and other groups say the boy’s body was found in his bedroom four days after his family was told he was missing earlier this month. They say police and the coroner immediately ruled the death was a suicide despite requests from the family for a full investigation. Judy Wilson of the Union of B-C Indian Chiefs says the decision not to properly investigate shows the systemic racism that devalues the lives of Indigenous peoples.