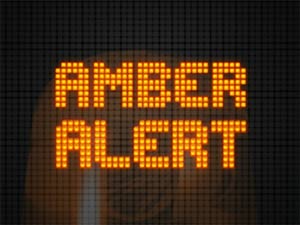 By LeslieSeptember 20, 2022News
No Comments

An Amber Alert issued after police say a three-year-old boy was abducted From BC Children’s hospital has been cancelled.  The boy has been found early this morning near Calgary.  Vancouver police issued the Amber Alert around 11 pm on Monday.  In a release, police say RCMP officers located the child and his mother earlier this morning.  The child is now receiving care and the suspect has been arrested.  The investigation is ongoing.

Grocery prices were up 10.8 per cent in August compared with a year ago, but last month’s inflation rate still slowed.  Statistics Canada says inflation was seven per cent last month, marking the second consecutive month inflation has slowed on an annual basis.  It’s largely due to cheaper prices at the pump.  The federal agency also says transportation and shelter prices drove the deceleration in consumer prices.

Two people have been hospitalized after a fire broke out at a home in Surrey yesterday afternoon.  Crews responded to a report of a fire on 75a Avenue near 125 Street in Newton just before 4 p.m. Mounties say when they arrived, the home was fully engulfed by the blaze and fire crews were on scene.  A man was found with minor injuries, and another had serious injuries. Both were taken to hospital.  Mounties believe the fire is not suspicious, and “appears to be accidental,” but say fire investigators are still working to find the exact cause.

A new poll suggests many Canadians still believe Justin Trudeau is the best man for the job of prime minister, but he has only a slight lead over new Conservative Leader Pierre Poilievre.  Leger has released the findings of an online survey conducted over the weekend with around 15-hundred respondents.  About 28 per cent of respondents said they would cast a ballot for the Liberals if an election were held today — compared to the nearly 33 per cent who said the same last September.

The PNE says about one thousand concertgoers “turned their disappointment into a violent outburst” when rapper Lil Baby suddenly cancelled his headlining performance at a music festival in east Vancouver Sunday night.  The organization says 42-hundred guests left after the announcement was made, but around one thousand people stayed — causing hundreds of thousands of dollars’ worth of damage to the amphitheatre and the park where it’s located.  Vancouver police say seven people have been arrested, and a criminal investigation is underway, though it will likely take months to complete.