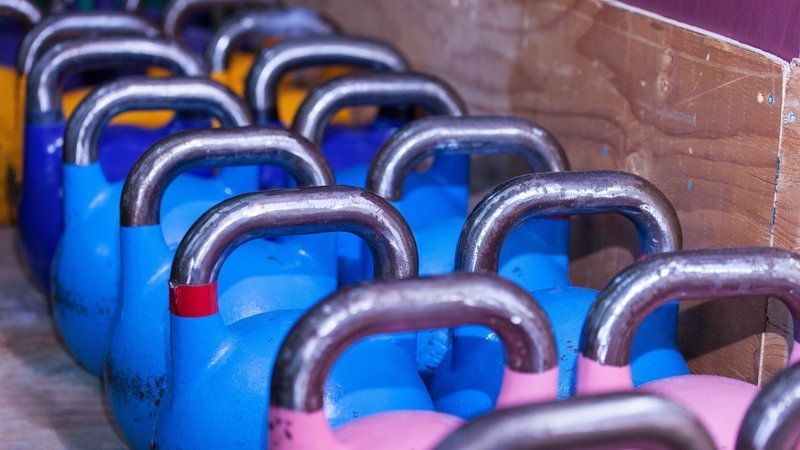 By LeslieJanuary 19, 2022News
No Comments

B.C. gyms and fitness centres will be able to reopen this week as the province makes changes to COVID-19 restrictions, but restaurants, bars, and event venues will have to wait a little longer before their rules change.  Starting tomorrow, gyms and fitness centres, which have been completely closed since Dec. 21, must implement COVID-19 safety plans to reopen.  This will include occupancy limits of seven square metres per person, up to as many as 25 people per space. Staff, instructors, and personal trainers must wear masks at all times and Proof of vaccination is still required at all locations.  Dr. Bonnie Henry says most of the safety plans were created based on what the province learned in its phased gym restart over the past two years.

Meanwhile, businesses like restaurants, bars, and event venues will have to wait until at least Feb. 17, to return to full capacity again.  The province will reassess the measures in place before the order expires at 11:59 p.m. on Feb.16.  Tables at restaurants will continue to stay limited to six people, and indoor events are capped at 50 per cent capacity.

In the past 24 hours, 35 more people who tested positive for COVID-19 are in the hospital and there are another 13 people in intensive care.  There are a total of 854 people hospitalized and 112 ICU cases.  B.C. has recorded an additional 1,975 COVID-19 cases for a total of 37,167 active infections.

The Insurance Bureau of Canada says this year’s floods in B-C helped make 2021 Canada’s sixth-highest year in insured losses since1983.  The bureau says insured damage from last year’s extreme weather events totaled more than two-billion dollars.  B-C floods were the biggest ticket event at 515-million dollars, followed closely by Calgary’s 500-million-dollar hailstorm in July.  2016 remains the most expensive year on record at five-point-four billion in insured damage, due in large part to the Fort McMurray wildfires.

The City of Surrey is cracking the whip when it comes to illegal construction within city limits.  Council endorsed a corporate report that will, once all bylaw amendments are approved, drastically increase the city’s firepower when dealing with illegal builds.  As part of the changes, the city will double the current fine from $500 to $1,000 for infractions such as preventing an inspection, construction without a permit, occupancy without a permit, and ignoring a stop work order.

The Coquihalla Highway will reopen to all regular vehicle traffic today just over two months after heavy rainfall, flooded waterways, and landslides caused extensive damage.  The major route connecting the Lower Mainland to the Interior was closed due to multiple washouts on Nov. 14,..It reopened to commercial traffic only just a little more than a month later on Dec. 20.  Officials are warning though that the highway is not the same as it used to be.  Some sections are two-lane traffic only and multiple speed reductions are in place. Some rest areas are still closed, while some electric vehicle charging stations are still out of order.  Drivers can expect the ride between Hope and Merritt to still take 45 minutes longer than normal.

British Columbia health officials announced on Wednesday that there have been 2,387 new COVID-19 cases reported over the past 24 hours, bringing the total number of recorded cases in the province to 303,565. In a written statement, Provincial Health Officer Dr. Bonnie Henry and Health Minister Adrian Dix said that there are 35,770 active cases of COVID-19 in the province. Of the active cases, 895 (+41) COVID-positive individuals are currently hospitalized, a new record for BC, and 115 (+3) are in intensive care. The remaining people are recovering at home in self-isolation.

There have been 13 new COVID-19-related deaths in British Columbia, for a total of 2,505 deaths in the province.

The B-C government is doubling the amount of financial help available for businesses forced to remain closed for at least another month due to COVID-19 restrictions. It says businesses including bars, nightclubs and lounges that don’t serve full meals are now eligible for COVID-19 closure relief grants of up to 20-thousand dollars, based on staffing levels. The Ministry of Jobs, Economic Recovery and Innovation says the extension of the grant program originally offering 10-thousand dollars to business ordered to close in December will cost four-million dollars. Gyms and other fitness facilities that have been allowed to reopen can claim the original amount.

Prime Minister Justin Trudeau says the first deliveries of an oral COVID-19 pill are making their way across Canada. As the Omicron (OH’-mih-kron) wave continues to roll across the country, Trudeau was asked at an Ottawa news conference this morning if he sees any signs that the pandemic is beginning to wane. He says his government has been preparing for a range of scenarios every step of the way and will be ready to act. Trudeau says the government remains steadfast that it will be there for Canadians with whatever it takes.

A group representing the fitness industry is hailing the reopening of gyms and other fitness facilities in B-C. Carl Ulmer, a spokesman for the Fitness Industry Council of Canada, says the weeks since the facilities were closed by a public health order due to COVID-19 have been incredibly hard for the businesses. Provincial health officer Doctor Bonnie Henry says the decision to reopen gyms beginning tomorrow is a cautious step while other restrictions remain in place. Proof-of-vaccination will be required and the facilities must operate under capacity limits and provide seven metres square for every person who is exercising.

British Columbia’s police watchdog is investigating whether the death of a man in custody was linked to police action. R-C-M-P say they notified the Independent Investigations Office of the death in Coquitlam. They say officers arrested the man Monday after they were called to a residential building for a report of someone causing a disturbance. They say the man was due to appear in court Tuesday but was found unresponsive during prisoner checks and could not be resuscitated by police, firefighters or paramedics.

Statistics Canada confirms the cost of living in Canada just keeps climbing — as the national inflation rate hit 4.8 per cent last month — the highest in two decades. Analysts say the December setting was one-tenth of a point above November’s — with food, housing and gasoline among the reasons for the higher costs. Inflation in B-C climbed three basis points to 3.9 per cent in December, while Vancouver’s rate leaped more than half a per cent to 3.8 per cent and the cost of living in Victoria edged up to 3.4 per cent last month from 3.2 in November. An announcement is planned next week by the Bank of Canada as economists expect it to act on a promise to curb inflation by shifting the prime rate.