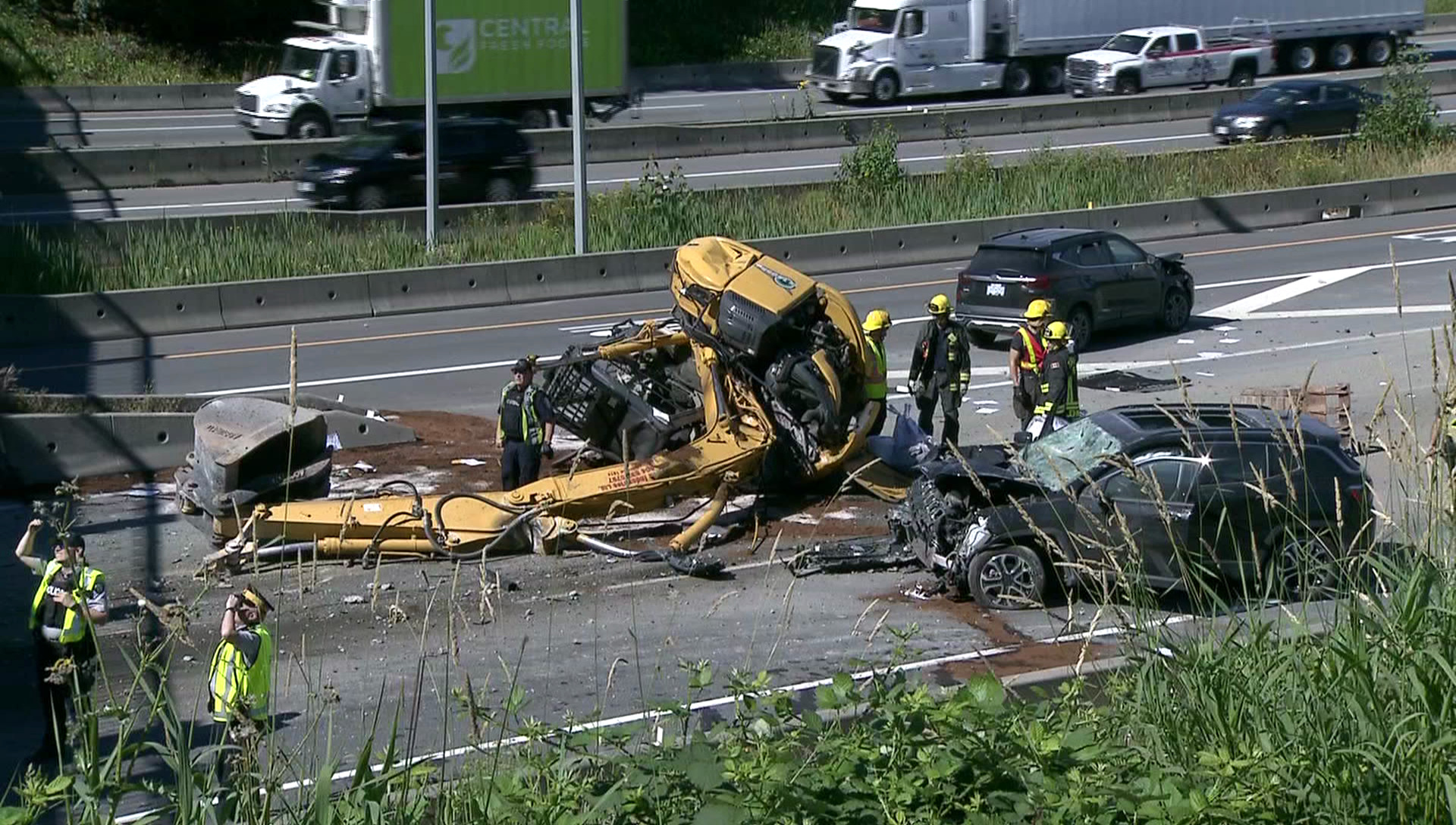 By Jeremy TubbsJuly 13, 2022News
No Comments

Canada’s premiers united across party lines this week as their summer meetings wrapped up in Victoria. They’re unanimous in their message to the federal government that it’s time to come to the table with cash to start fixing the overburdened health system. BC Premier John Horgan says there was unprecedented collaboration between federal and provincial governments during the COVID-19 pandemic but now there’s virtual silence. Newfoundland Premier Andrew Furey says communicating through the media doesn’t cut it — it’s time to sit down and talk about increasing federal health transfers.

RCMP say one person is dead after a collision in Peachland. Mounties say in a statement officers from the West Kelowna detachment responded to the crash on Highway 97 at Princeton Avenue early yesterday morning. They say a small car and a semi-truck were involved in the crash, and the driver of the car did not survive. Collision analysts are on scene and an investigation is in progress.

The B-C Trucking Association is calling for more transparency from the province about incidents in which large vehicles hit public infrastructure. The call follows a series of incidents in which overpasses on Metro Vancouver highways were hit. As recently as yesterday morning, a flatbed truck carrying an excavator crashed into the 192nd Street overpass on Highway 1 in Surrey, sending two people to hospital. Dave Earle of the trucking association says publishing reports on findings like whether the right route-planning was done wouldn’t be to assess blame but rather to prevent similar collisions.

A BC couple has been ordered to pay 2-thousand dollars in damages after bamboo they planted became a nuisance to their neighbour. The roots of the dispute date back about 10 years, when the couple planted an ornamental species of the fast-growing plant along their 18-metre property line in the Victoria area. The province’s small claims tribunal found there was no evidence the couple should have known the bamboo would encroach on their neighbour’s property. However, it also found they failed to act when their neighbour complained to them in 2019 and ordered the payment of damages plus 87 dollars and 50 cents in tribunal fees.

The B-C Liberals are calling on the provincial government to introduce a 30-day primary care action plan. The Liberals accuse Premier John Horgan in a news release of being unable to articulate steps his government is taking to address the health-care crisis. The call comes as the country’s premiers wrap up two days of meetings in Victoria with a united call on Ottawa to increase federal health transfers to the provinces and territories. Horgan says health-care has been the top issue in Canada in his five years as leader and it’s time to reimagine the system because it’s overburdened.

The BC government says it’s working with the Nisga’a Nation to bring high-speed internet and cellular coverage to more than 500 households in the Nass Valley. The government says in a news release it is contributing more than 400-thousand dollars to the nearly 6-million-dollar project. It says it’s part of the government’s commitment to connect all BC communities with high-speed internet by 2027. Eva Clayton, president of the Nisga’a Lisims government, says the improvements to the existing internet and cellular infrastructure will increase safety and accessibility along Highway 113 and bring economic benefits.