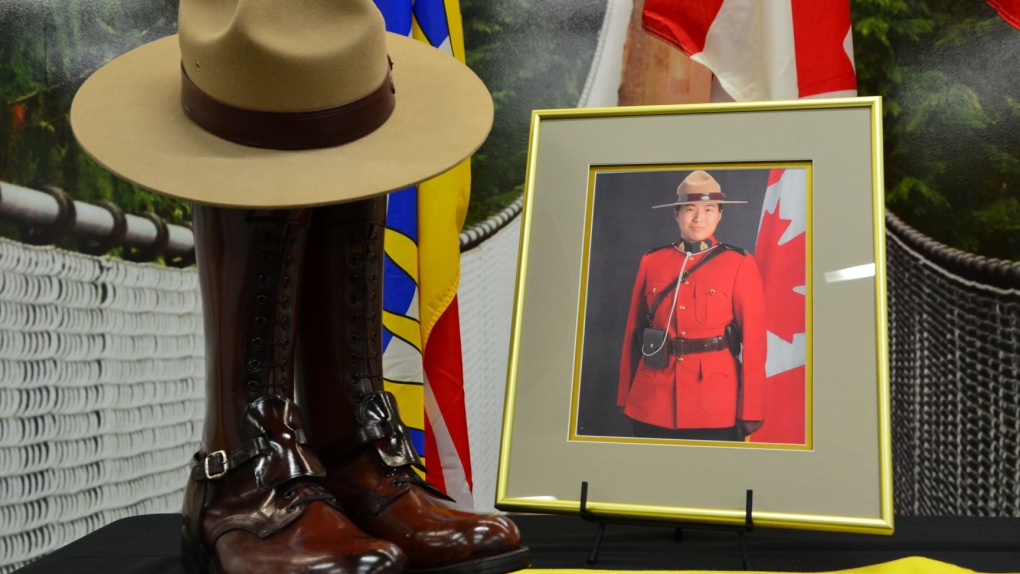 By Jeremy TubbsNovember 2, 2022News
No Comments

A Mountie who was fatally stabbed two weeks ago in a Burnaby park will be honoured today with a regimental funeral. Thousands of first responders from as far away as Ontario and Washington state are expected to gather in Richmond to attend the ceremony for RCMP Constable Shaelyn Yang. Police say the 31-year-old mental health and homeless outreach officer was killed while informing the occupant of a lone tent in a city park that he couldn’t stay. Jongwon (YONG’-wahn) Ham is charged with first-degree murder and is expected to return to a Vancouver court today to set a date for his next appearance.

The public defender for a BC man accused of attacking U-S House Speaker Nancy Pelosi’s husband Paul with a hammer says he plans to mount a vigorous legal defence. David DePape (dih-PAP’), who grew up in British Columbia, was ordered held without bail during his arraignment yesterday in San Francisco Superior Court after lawyer Adam Lipson pleaded not guilty on his behalf. Lipson says the defence will look into DePape’s mental state as part of a comprehensive investigation of what happened. US prosecutors allege in court filings that DePape was on a “suicide mission” when he broke into Pelosi’s house intending to kidnap her and they say he also planned to target other federal and California politicians.

The Surrey Teachers’ Association says pulling specialists away from vulnerable students who need their help has led to a rise in violent outbursts in classrooms. The association says the district has been filling scheduling gaps by using specialist teachers to substitute for regular ones, which means taking support away from some of the most marginalized kids.Specialist teachers include educational assistance and integration support staff, whose job is to tailor the learning experience for students who may have trouble controlling their behaviour. The Surrey school district says it tries to make up for lost services but it’s challenging to keep staffing levels up to speed with the city’s rapid growth

Police in Victoria are investigating an arson at a supportive housing building. They allege someone opened an office window, reached in and lit a fire last weekend in the downtown building. Police say the building was evacuated and no one was injured.

Environment Canada is warning of heavy snow today in southeastern British Columbia. A snowfall alert says up to 10 centimetres of the white stuff will fall in East Kootenay and up to 20 centimetres is expected in Elk Valley. The snow should taper off to flurries this afternoon. The federal agency says people in the region should prepare for quickly changing and deteriorating travel conditions, as well as sudden loss of visibility.

A BC breakdancer hopes to translate his win at the sport’s recent world championship into a gold medal when the sport makes its Olympic debut in two years. B-Boy Philip Kim, also known as Phil Wizard, claimed the world title last weekend in Seoul, South Korea. Kim grew up in Vancouver and says it took a lot of sweat and hard work to beat out 250 competitors at the World Breaking Championship. The win makes him a gold-medal favourite for Paris 2024 and Kim says with breaking making its Olympic debut, it’s an exciting time for all dancers.