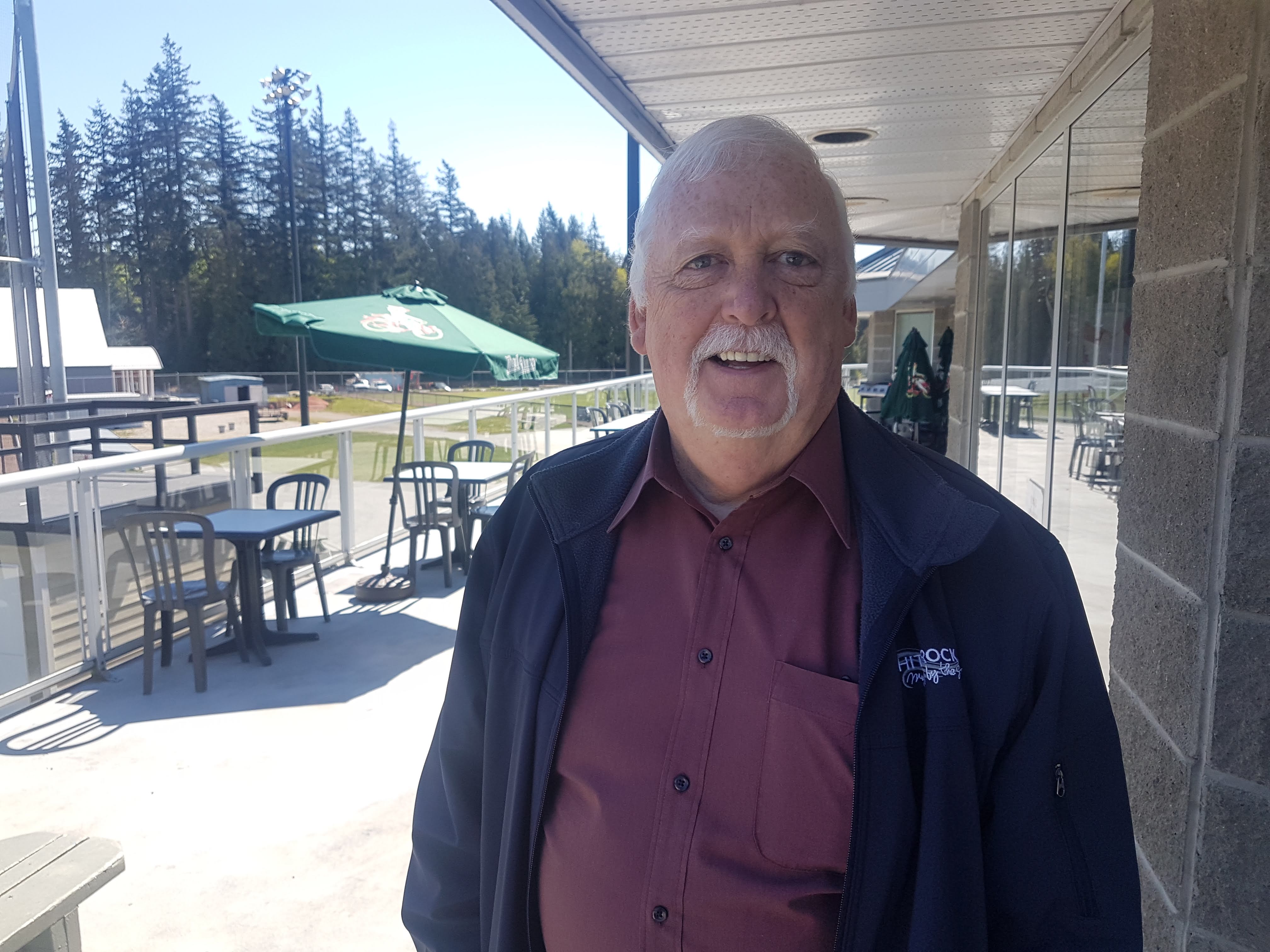 It’s been six months since the municipal election on October 20th, how are things?

“I think it’s going very well I think the council has needed to come together, we were a new council, five of us have never been elected or held elected positions before at the municipal level so the learning curve was very very steep. We had two incumbents that helped us through what might have been difficult times, but the challenges were immense because we came in with probably a platform of between 12 and 18 issues, major issues that we wanted to deal with and that had to deal with. And I think we’ve done quite well in that respect.”

“Among the things that I think we’ve finally come around to finalizing is the water. From my perspective, the quality is up to the standard that we were hoping it would be.  The new Memorial Park is also now open. We still have to do an official opening of it, but people are now able to get down and enjoy that.”

Take us back to December 20th when the White Rock pier, really what is the icon of White Rock, broke in two in a violent windstorm. That must’ve been quite the event to take on as new Mayor.

“I’d been out that day in a meeting in Coquitlam. When I came back in, I got a call that a hole had been punched into the pier and it’s like “yeah, okay, what’s that actually mean”? Well it means that at least three if not more boats had gone through. And it wasn’t just, that I went down to Marine Drive, the little Campbell River was almost over its banks. Logs and other pieces of material had been thrown up onto the promenade. So you got a realization of just how strong and how difficult or dangerous nature can be. The next morning I got to go on a boat and we went and had a look at the wreckage. It was devastating. On the other hand, you knew that you had to be positive and so the positive thing was we’re going to rebuild it.”

On that note, construction to fix the pier is well underway, the new one expected to re-open the end of August. What changes will we see to the historical icon to protect it against future storms that are likely to only get stronger with Global Warming?

“The pier itself, the rebuild for this year will be the first stage. We also want to seismically upgrade the pier. What that means is driving pilings off of the main pier itself to firm up the water  and the sand and so on below it, so if we get a major earthquake or something like that, we will have additional strength there. We’re also talking about whether the brake water is strong enough or would we consider a second break water or rebuild and strengthen the first one? Also, do we want finger spits coming out from the East beach area so when the waves role in they’ll start to break up as they get to shore. All those questions will be looked at in the second phase of the project next year.”

Highrises are a major controversy in White Rock, so much so there’s a Facebook group @NoMoreHighRisesInWhiteRock. How do you balance the two polarizing viewpoints of people either for or against development as Mayor?

“This is probably the most difficult question that I’ve been been asked, it’s not the first time I’ve been asked it. I think what we need to do is make sure people feel like they’re being listened to. So rather than make a decision for them, make a decision with them. So we intend to review the Official Community Plan (OCP), and with that comes the bylaws and the bylaws often lead to height density and so on. And I think that that’s what we want to have a look at and listen to the citizens of White Rock. Time changes things. People come, people go, you know new people who move in they’re a little bit more flexible, but at this point the people of White Rock have spoken quite loudly about height limits and and I think to a large degree it’s there right within their community to decide what those height limits are. We want to work with developers, we don’t want to close the community down, but I also don’t think that we want 23 storey towers on every block of our community.”

Now for the tough question. You have a Saturday off. Where’s the best place to go in White Rock?

Hear the full interview below