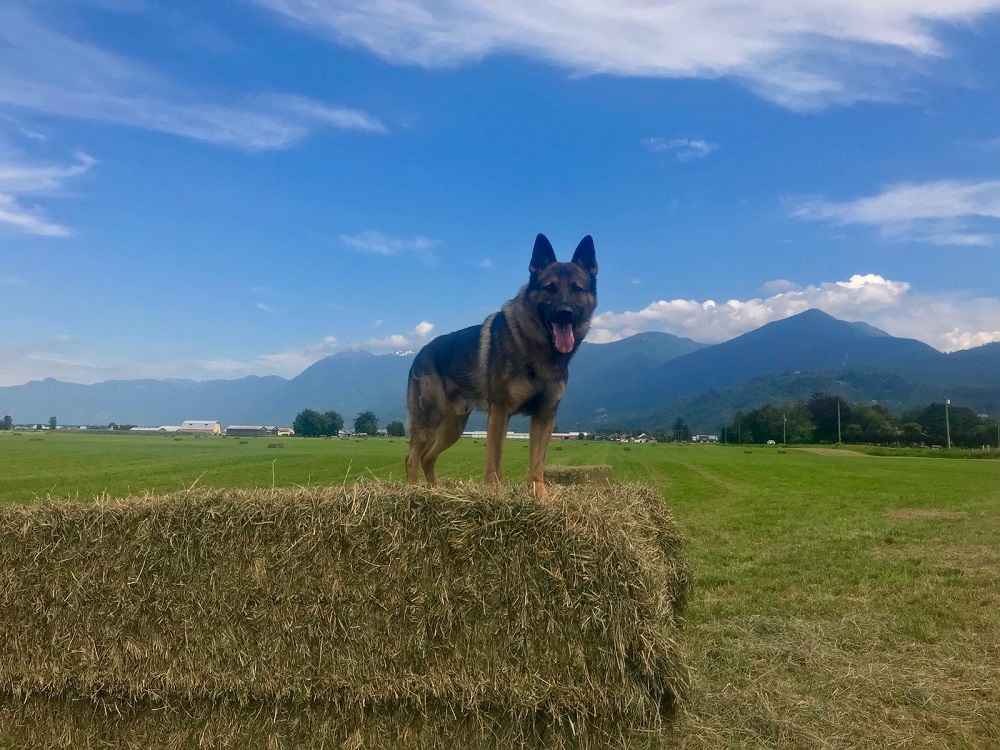 By Vanessa YbarraJune 7, 2019News
No Comments

Two people were arrested by RCMP after a stolen car led police across the Fraser Valley.

The arrests stem from a call made to the Chilliwack RCMP shortly after 6:30 on the morning of May 29 to report the theft of a car in the 9300-block of Nowell Street.  Police quickly linked the stolen car to a report of a suspicious vehicle in the 31000-block of Douglas Street, Yale, received by Hope RCMP around 8:45 the same morning.

After failing to stop for police, the suspect vehicle was spotted travelling westbound from Yale on Highway 7 where it was met near the Highway 9 interchange by Agassiz RCMP and the Lower Mainland District Integrated Police Dog Service (IPDS).  A spike belt deployed by officers did not stop the car, which was quickly located abandoned near Pixley Lane.

Police service dog GRIFF immediately began following a track of human scent from the abandoned vehicle to the 7600-block of Industrial Way where a 33-year-old man from Hope was located in a cedar hedge and taken into custody.  The suspect was released from custody pending a court date in October 2019.

A 36-year-old Agassiz man was arrested and released by police later that morning.

Agassiz RCMP supported by the Lower Mainland District Integrated Forensic Identification Service (IFIS) continue to gather evidence in their investigation.  After a thorough review of all evidence circumstances of the investigation will be forwarded in a report by the RCMP to the BC Prosecution Service for their assessment of criminal charges.

“A team of RCMP and Lower Mainland Integrated Team resources were responsible for tracking the stolen vehicle across jurisdictional boundaries,” says Corporal Mike Rail spokesperson for the UFVRD. “However in the business of tracking it doesn’t hurt to have a ‘ringer’ like GRIFF in the field.”

RCMP remind everyone who witness anything they believe to be suspicious in nature to contact their local police or, should you wish to remain anonymous, call Crime Stoppers at 1-800-222-8477 (TIPS).