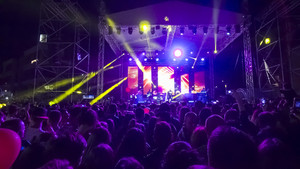 Those who are frustrated by scalpers and other resellers using ticket bots and mass-buying software will like the news out of Victoria announced yesterday. Minister of Public Safety and Solicitor General Mike Farnworth announcing more consumer protection sand fairer processes for people for when they buy tickets for events, online or a at a booth. The Ticket Sales Act will prohibit bots and software from buying up large quantities of tickets to events in BC.

According to a Provincial Government press release:

The ticket sales act, if passed, will require:

* clear and prominent disclosure of prices;

* disclosure of key terms and conditions by primary and secondary sellers;

* ticket resellers to disclose they are secondary sellers;

* prohibition of the sale of speculative tickets that the seller does not possess or control; and

* the ability for civil action to be taken by consumers or ticket selling businesses if they feel they have suffered losses as the result of a contravention of the legislation.

The Act focuses on those who sell tickets as a business, rather than consumer-to-consumer transactions.

* In March 2018, the government launched a consultation to learn what British Columbians thought about the current ticket buying and selling process. More than 6,500 citizens responded.

* The report, Ticket Buying in British Columbia: What We Heard, confirmed that:

* British Columbians said that they felt that ticket sale and resale practices are unfair and need to be addressed.

* Most consumers said that they thought tickets sell out too quickly for events and are generally frustrated with the ticket buying process.

Good news is you’ll have a better shot at getting concert tickets to the event you had hoped when you go to purchase.

Bad news is if you don’t and they sell out your chances of buying them as a re-sale for more money will be less than it currently is.