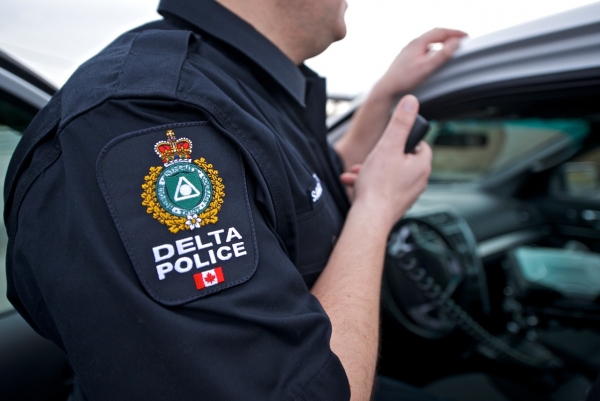 Delta Police were called to Watershed Park on Saturday, at 9 a.m. on a report of a man acting suspiciously.

On arrival, the man reportedly started throwing rocks at the police car. All police attempts to de-escalate the situation were unsuccessful.

The more police tried to calm the man down, the more agitated he became.

An officer attempted to handcuff the man, however he allegedly punched the officer, causing him to drop the handcuffs.

The man then reportedly grabbed the handcuffs and started hitting the officer with them.

Other officers arrived and subdued the man, but not before another police officer was struck.

“Our officer received 23 stitches or staples for five separate lacerations to the face and head during this incident, and one of our other responding officers was bitten on the hand,” said Superintendent Harj Sidhu, head of the Community Policing Bureau. “Both officers will be okay fortunately, but we could have had a very different outcome. This underscores the dangers that police officers can and do face every day – even on what seems like a fairly standard call of a suspicious person.”

The man, aged 23, of Surrey, B.C. is facing four charges including assault causing bodily harm, assault a peace officer, utter threat to cause death or bodily harm and resist a peace officer.  He is currently being held for psychiatric assessment.