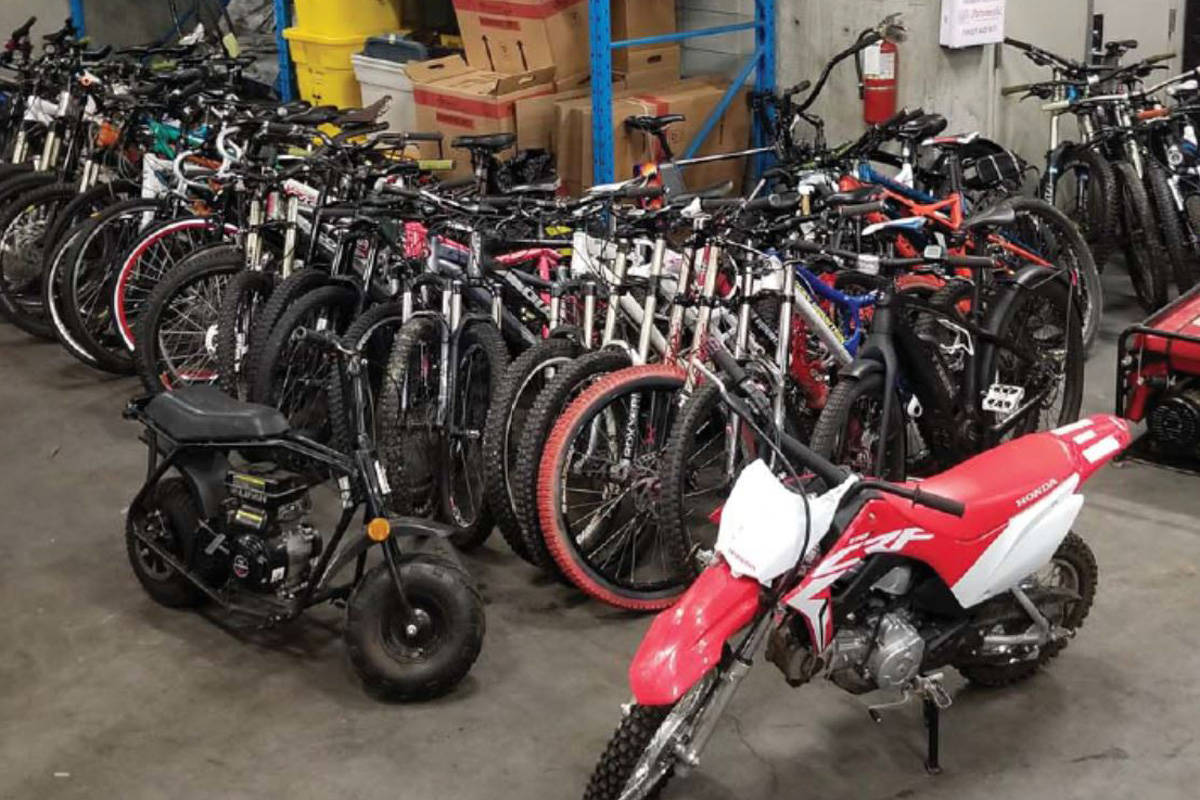 A huge cache of stolen bikes worth $80,000 has been seized as part of an investigation of a seller on an online marketplace application.

On Tuesday, Feb. 11, Surrey Mounties seized 40 high-end bicycles that had been for sale on the LetGo marketplace app.

The merchandise was taken during the execution of search warrants of two Newton properties.

Police located three people at the property and arrested one for an outstanding warrant and another for being in breach of a probation order.

No charges have been laid for the thefts as of Monday afternoon.

“With this investigation, we have been able to disrupt an organized group who are suspected of trafficking stolen property,” said RCMP Staff Sgt. Ryan Element. “We encourage everyone to record the serial numbers of their property so in the event it is stolen and recovered, police can return it to you.”