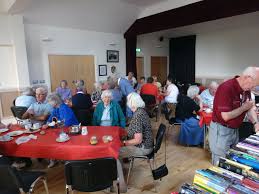 Hearing the news today that senior citizens in this country are the poorest in the nation comes as absolutely no surprise to anyone who has elderly parents in the this province. A report was released by the LM United Way and the Social Planning and Research Council of BC. In that report they say there are more seniors in the province living in poverty, and that number is growing. 8.8% is the average in BC. 8.8% is there national average. When you look at the number of seniors who were below the poverty line in 2000 that number was around 34,000. In 2015 that number has climbed to more than 70,000. Last year the provincial Liberals committed $500 million to seniors care. Of course when a new government is formed, those promises go out the window. Seniors are our most valuable commodity. They teach us about our past and they have earned every right to complain when it’s too hot. (even when it’s not) If we continue to ask seniors to fork over their life savings to greedy care homes/seniors residences, a few care-givers who are in the wrong occupation judging by efforts I’ve seen, and those who pull scams to try and take their money illegally, I believe this number will only grow. Seniors in this province deserve to be treated better. And it starts with letting them keep more of what they’ve earned.