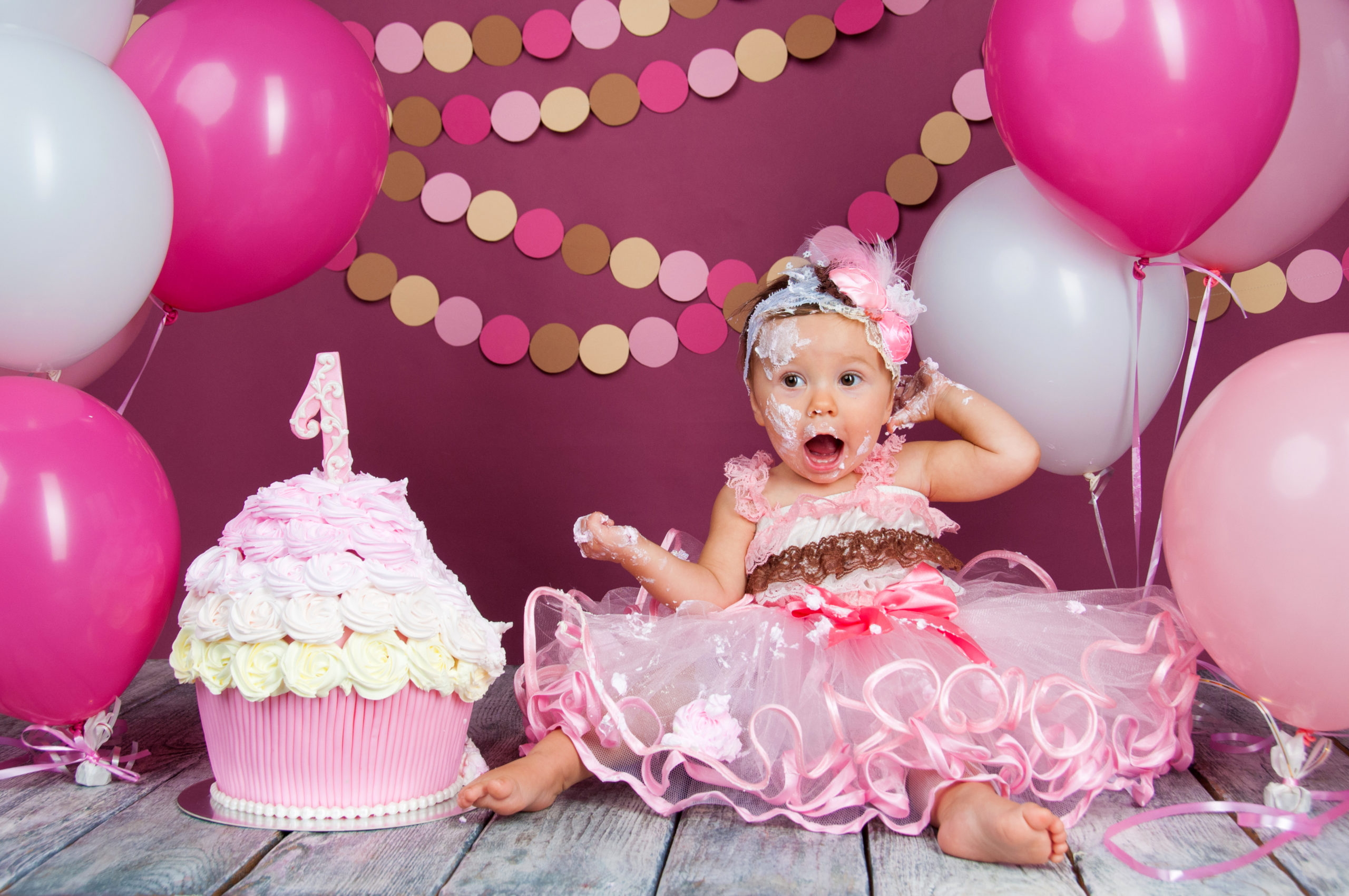 The Cake Smash trend is new to me, ‘back in my day’ we made a first birthday cake for the adults to ooohhh and ahhhh over – well, not anymore!  First birthday cake smashes are for the one-year-0ld to smash, squish, and devour! I have to dig into this new trend a bit to learn a bit more and here is what I learned.

Generally, a smash cake is a smaller cake. It ranges from about 4 to 6 inches. It’s usually a single layer cake and oftentimes, accompanies an elaborately decorated main cake or cupcakes. The smaller cake allows the child to do anything they want with it. Drool on it, get boogers on it, eat it, throw it, and smash it in their own faces. It sounds like a lot of fun and it’s meant to be destroyed by the birthday boy or girl.

One theory is that it originates from the Mexican tradition…

They celebrate what is called, the Mordida.  The Mordida is a tradition when the first birthday boy or girl’s face gets shoved into the cake (usually by the parent) to take their first bite of cake.  Everyone around them sings, Mordida! Mordida! Mordida! It means ‘bite’ in Spanish.  Mom or dad will come up behind the child usually after blowing out the candles and boom… face in the cake. Everyone then cheers and lots of pictures are taken. I can see this being some fun for the parents, maybe not so much a one-year-old though!

I like the evolution of this cake smash, I recently got to watch my granddaughter smash her beautiful cake, made by her other grandma ( the one that bakes much better than I), and I will say that the anticipation of how and what my granddaughter would do, and the super-cute photos that went with it were all worth it – I think, as I didn’t labor over the cake –  that the memories that were made, the photos of her smashing her first cake are all so very worth it – so, I will generously thank the millennial parents for this IG worthy trend!